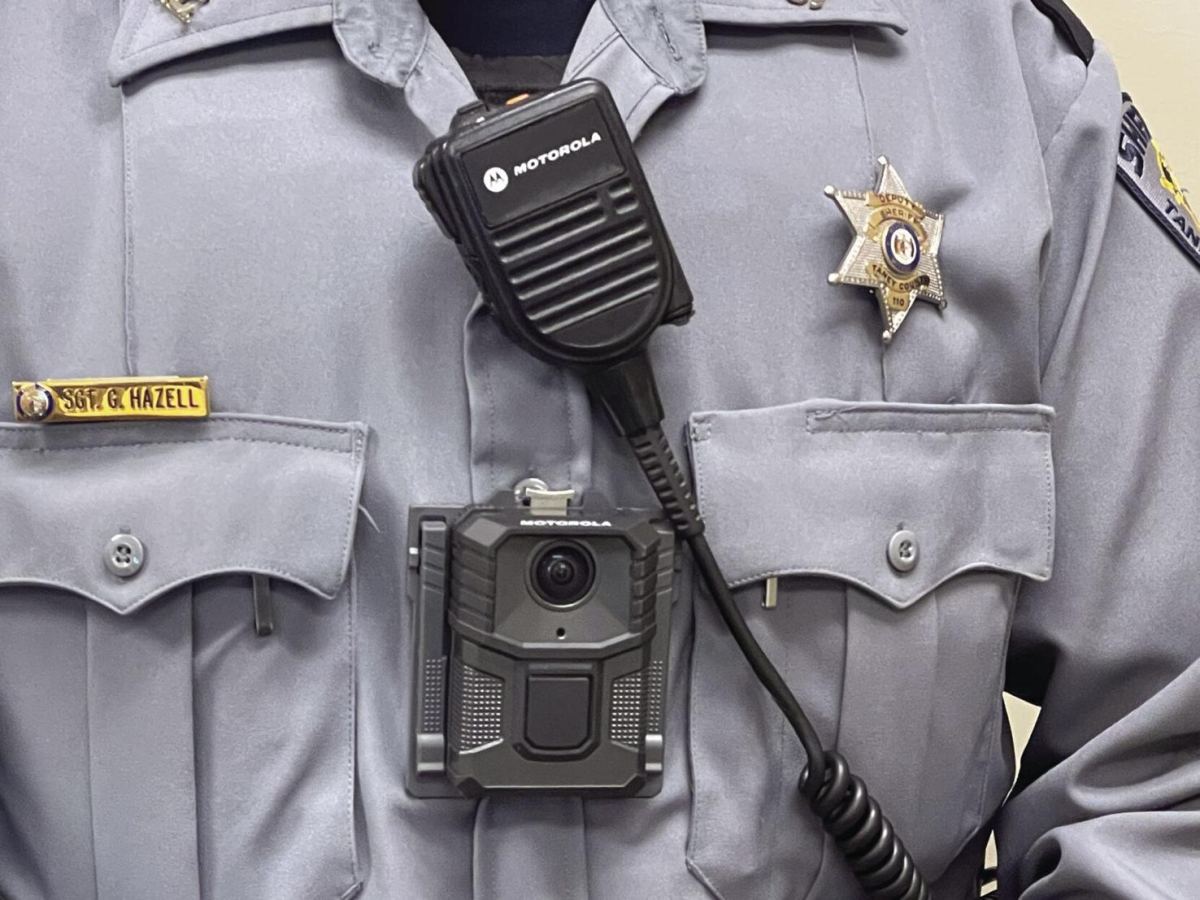 “[Cameras will be worn by] All of our patrol officers, as well as court security guys, and the jail staff,” Taney County Sheriff Brad Daniels told Branson Tri-Lakes News. “I think everybody here is pretty excited about it.”

Daniels said he is glad to have the cameras.

“Everybody here I’ve talked to are excited about it, and a lot of law enforcement officers now are, because of all the allegations which are made against officers,” Daniels said. “Now they will have proof the allegations are false.”

Daniels said if someone fills out a statement against an officer, and the body camera footage shows the allegations were false, the person making the false allegations could face perjury charges under state statutes.

The sheriff said the body camera footage can be used for multiple purposes for the department.

The cameras and the monitoring system were purchased as a result of increased funding which came from the passage of the revised law enforcement sales tax in June 2020. Daniels said the county contracted with Motorola for the system and monitoring.

“It’s a five year contract [for cameras and monitoring],” Daniels said. “We pay the same amount per year for five years. After two and a half years, they have to send us new cameras. If something goes wrong with a camera, we send it in and they replace it.”

Daniels said the department owns the cameras and the software even after the contract ends.

“We own them,” he said. “When they send us new cameras in two and a half years, we keep the old ones.

The footage can be accessed by the sheriff’s department and the prosecutor’s office, but the public can request a copy of the footage through a Sunshine Law request.

However, some footage is not available to the public without a court order. A 2016 state law says only a judge can release body camera footage from an ongoing investigation, even if a member of the public makes a Sunshine Law request for the footage.

The law also allows a judge to keep a video record closed should the video be recorded in a non-public location, such as someone’s home, a school, or a medical facility; a judge can also keep the footage closed if the release of the video could shame a person, such as if they were partially clothed or nude during the encounter caught on video.

Also, when a judge authorizes the release of a video, law enforcement has to give 10 days notice to people shown in the recording before releasing it, so they have an opportunity to object to the release before a judge.

Daniels noted there is no way for deputies to erase or alter the recordings. An officer can access the videos to view them later when they are writing reports.

The sheriff also said the Motorola cameras have a unique feature: if an officer isn’t actively recording the entire time they are on duty, the cameras are always recording in a passive mode.

“One good thing about the system is a feature called Record After The Fact,” Daniels said. “So if a deputy walks into a gas station to get a cup of coffee or something and suddenly there’s a robbery, if their camera is not turned on, they can come to a supervisor within 48 hours of the incident to recover the footage.”

Taney County Prosecuting Attorney William Duston told Branson Tri-Lakes News the addition of body cameras will be an asset to his office.

“I’m excited about the sheriff’s department moving in this direction because I’ve found over the years body camera videos are extremely useful in prosecuting cases,” Duston said. “Oftentimes juries want to see the interactions between the officers and the others involved in an incident.”

Duston said jurors expect to have the video.

“With the prevalence of crime shows they see with every episode and they just expect in every case you’ll have a clear video to watch,” Duston said. “It’s sometimes harder, I think, for juries to go with just oral testimony. Jurors expect to have this kind of video.”

Duston said there will usually always be videos for situations like DWIs where juries can see the behavior of the defendants at the time of their arrest.

“When they see them in court, they’re not intoxicated, and they’re sitting there in a suit,” Duston said. “Another example would be a domestic violence situation where the stress levels and actions of the parties involved are right there on video, and it’s a powerful evidentiary tool to show at a trial.”

The implementation of the body cameras was warmly welcomed by other Taney County officials.

“I think it’ll be a good thing,” Taney County Presiding Commissioner Mike Scofield told Branson Tri-Lakes News. “It’ll protect the officers and it will also help with their cases. The body cameras should be a big plus for the department and keep everything transparent. It verifies the reports the officers make, so everything is on the up.”