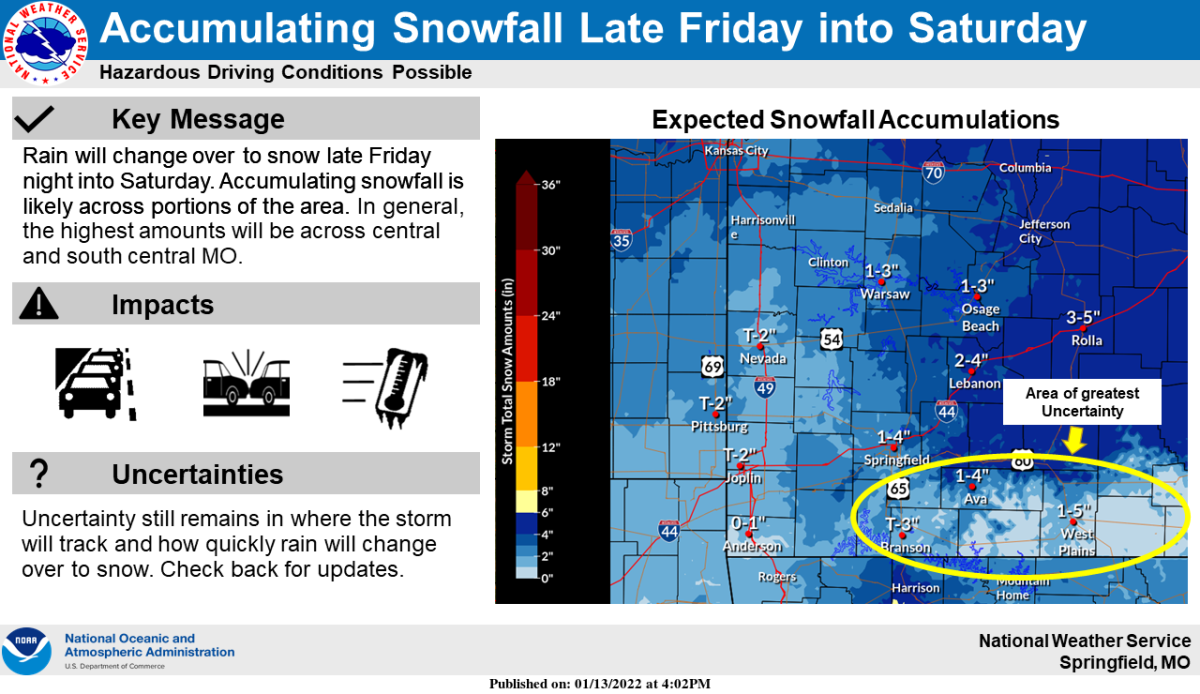 A Snowy Saturday Shaping Up in the Ozarks

Rain will change over to snow across the Ozarks early Saturday morning, with accumulating snowfall expected in southwest Missouri.

The National Weather Service says anywhere from one to four inches of accumulation are possible in the Springfield area, with two to four inches in Lebanon and three to five inches in Rolla.

Lesser amounts of a trace to two inches are expected in the western Ozarks along the I-49 corridor.

Probablistic models have a 58% chance of two inches or more snow occuring in Springfield, with a 40% chance in Branson and a 73% chance in Lebanon.

Freezing rain or sleet is not expected to be a factor as rain should quickly transition to snow.

The highest area of impact is expected to be across central into south central Missouri.