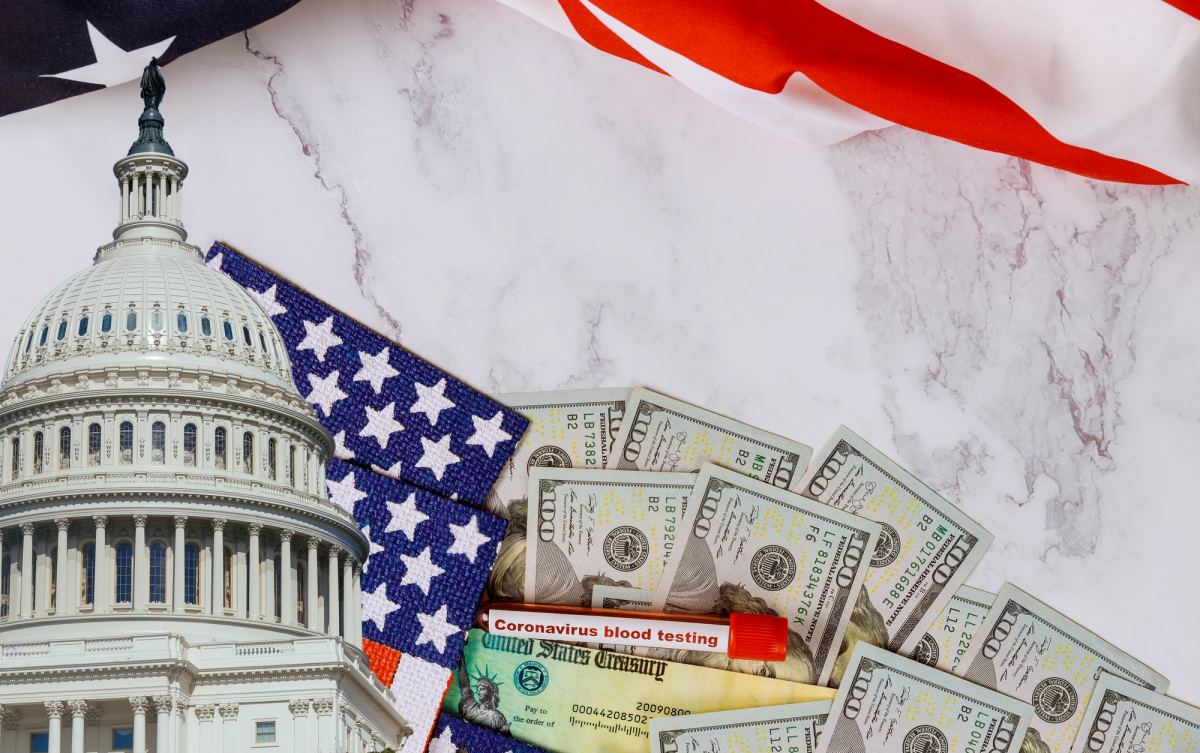 BILLY LONG: Anyone Can Spend Money

One of my dad’s favorite sayings was “Anyone can spend money.” And man oh man have President Joe Biden and Congressional Democrats gotten it down to a fine science. A trillion here and a trillion there and pretty soon you’re talking about real money. The ink is still not dry on the latest $1.9 trillion spending package the President just signed and he and his henchmen are back for another $2.25 trillion spending package, this time supposedly for infrastructure. As I penned in last week’s ‘Long’s Short Report’ a good bipartisan infrastructure bill could and should be a key to unifying both Republicans and Democrats in Washington. All of our constituents and every square inch of each of our 435 Congressional districts would benefit greatly by the passage of a long overdue infrastructure package. Unfortunately, President Biden released his proposal this week with zero input from Republicans and with a terrible plan to pay for it – NEW TAXES. For political purposes the Democrats believe the most dangerous ship you can get on is a ‘bipartisanship.’

Their plan to increase taxes was already set in motion with Speaker Pelosi’s hyper partisan $1.9 trillion so called COVID relief bill. Tucked away in that baby was $60 billion worth of corporate tax increases. While Democrats make corporate tax hikes seem like the a panacea to all spending problems, these increases always have an adverse effect on middle class workers and the economy. I’m old enough to remember when we saw what similar corporate tax increases did under the Obama administration to large corporations. They had no qualms about moving hundreds of thousands of jobs overseas to countries with lower corporate tax rates. Afterward, then-President Obama remarked that not even a magic wand could bring manufacturing jobs back to the United States.

However it ended up that the ‘Tax Cuts and Jobs Act’ passed by Republicans under President Trump was the “magic wand” that America needed. This bill cut the corporate tax rate and, as a result, employment soared to record levels. Companies bought new equipment, gave raises and bonuses to their employees and expanded their facilities and operations. Large corporations moved operations back to the United States and brought those manufacturing jobs back from overseas. The ‘Tax Cuts and Jobs Act’ was clear proof that cutting the corporate tax rate is a key to boosting the economy and spurning job growth. While Democrats want to demonize the companies aided by the tax cuts, they tend to forget that these corporations are responsible for employing tens of millions of people across the United States.

Unfortunately instead of offsetting the cost of Biden’s proposed infrastructure package by cutting frivolous government spending, Democrats are looking to you and your employer by proposing an increase in the corporate tax rate from 21% to 28%. This will have a proven detrimental impact on job growth and the economy. Even worse is the fact that Democrats are proposing this tax hike while the U.S. economy is in the midst of a recovery from the lows of the COVID-19 pandemic. I agree that infrastructure needs to be done, but it should be done in a bipartisan manner that will unite Republicans and Democrats. It should also be done in a way that won’t slow economic recovery. The last thing our country needs while recovering from a pandemic is for jobs to move overseas and paychecks to shrink because the corporate tax rate increase no longer makes us competitive internationally.

I’m on record that we desperately need to pass a bipartisan infrastructure bill. And yes, I am ready to compromise with my Democrat colleagues on a bill along with how to pay for it. Partisanship is not the answer, and neither are tax increases in the middle of an economic recovery. President Biden’s plan to increase taxes in his infrastructure package is a bridge to nowhere for me, and, it unfortunately proves once again that he cares more about placating his political allies than the hard working American taxpayer. With apologies to Sonny and Cher… ‘The tax goes on, the tax goes on. The drums keep pounding a rhythm to the brain La de da de de, la de da de da.’