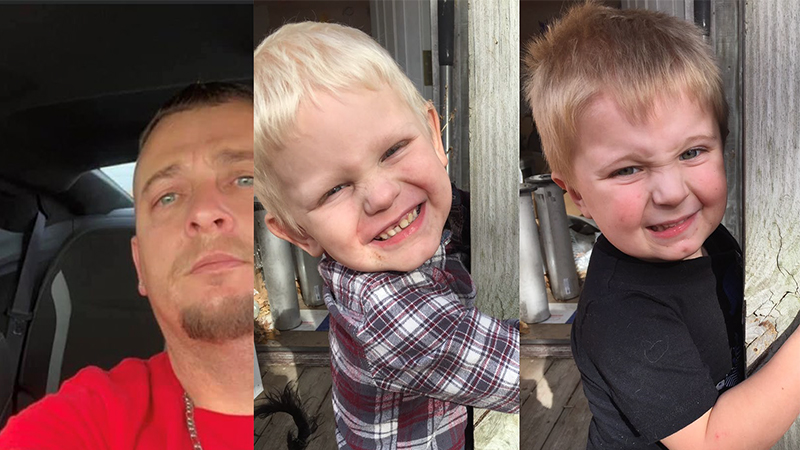 The Missouri State Highway Patrol reported Monday evening that he bodies of an adult and two children were found in rural Benton County, and Greene County Sheriff Jim Arnott has confirmed that the bodies are missing father Darrell Peak and his two sons, Mayson and Kaiden.

A GCSO spokesman said that the bodies were found together inside a structure. No other details about the discovery of the bodies was released.

The Missouri State Highway Patrol said that Darrell Peak had suffered from depression and made suicidal statements in the past. Peak had told employees at an Miami, Oklahoma casino last week he was taking his boys for a new life.

GCSO officials said that many leads had been generated through the weekend based on tips from the public, and that the filing of charges by detectives on February 28th was an attempt to generate additional tips and leads.

The GSCO released the following timeline of events related to the case: