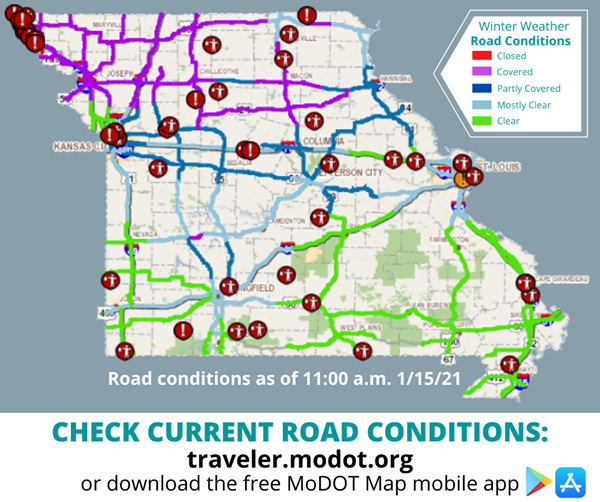 Courtesy of Missouri Department of Transportation

A quick burst of snow during the morning commute Friday led to slick road conditions on roads in the Springfield metro area, with dozens of crashes reported.

Highways in the northern Ozarks into central and northern Missouri have been at least partly covered with snow.

Another burst of snow in the Ozarks could create slick roads just in time for the drive home this afternoon as road temps should cool below freezing.

For the latest on road conditions throughout the state, check out the MoDOT Traveler Information Map here.