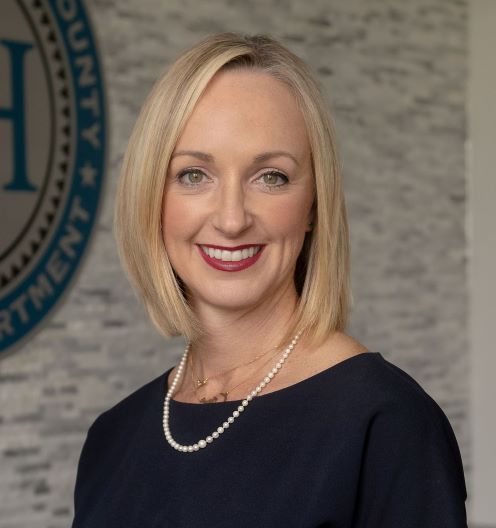 She’s been serving in the job on an interim basis for the past five months, but Katie Towns now has the title of Springfield-Greene County Health Director.

The selection continues a long standing history of promotion from within the Springfield-Greene County Health Department.

When longtime director Harold Bengsch retired in 2004, Assistant Director Kevin Gipson was named to the position.

When Gipson retired in 2017 after serving 13 years as director, Assistant Director of Health Clay Goddard was promoted to the top position.

Goddard announced his retirement effective the end of February this year to take a position with the Missouri Foundation for Health.

Gage says Towns has been a highly skilled leader for the health department. “She has also done a terrific job in the acting director role and carries with her the highest level of confidence from our community healthcare providers,” Gage said. “I am very excited to name Katie Towns as the next Springfield-Greene County Director of Health.”

Prior to taking the role of assistant director in 2015, Towns previously served as public information administrator, chronic disease administrator and a variety of other roles in the community promoting health and safety.

She helped lead Springfield’s efforts to restrict indoor smoking and later to get a bill passed making it illegal for a retailer to sell any tobacco product to anyone under 21.

Towns says she fell in love with this work because the basis of public health is to make life the best it can be. “We do that by creating a community that is healthy and full of people who have the best quality of life possible,” Towns said. “This past year and a half have been full of strife, but overcoming these challenges is how we will learn, grow and ultimately get better.”

Previous UPDATE: Two Dead and Two Injured in House Fire on Lone Pine in Springfield
Next BILLY LONG: The United States Should Not Reenter the Iran Nuclear Deal