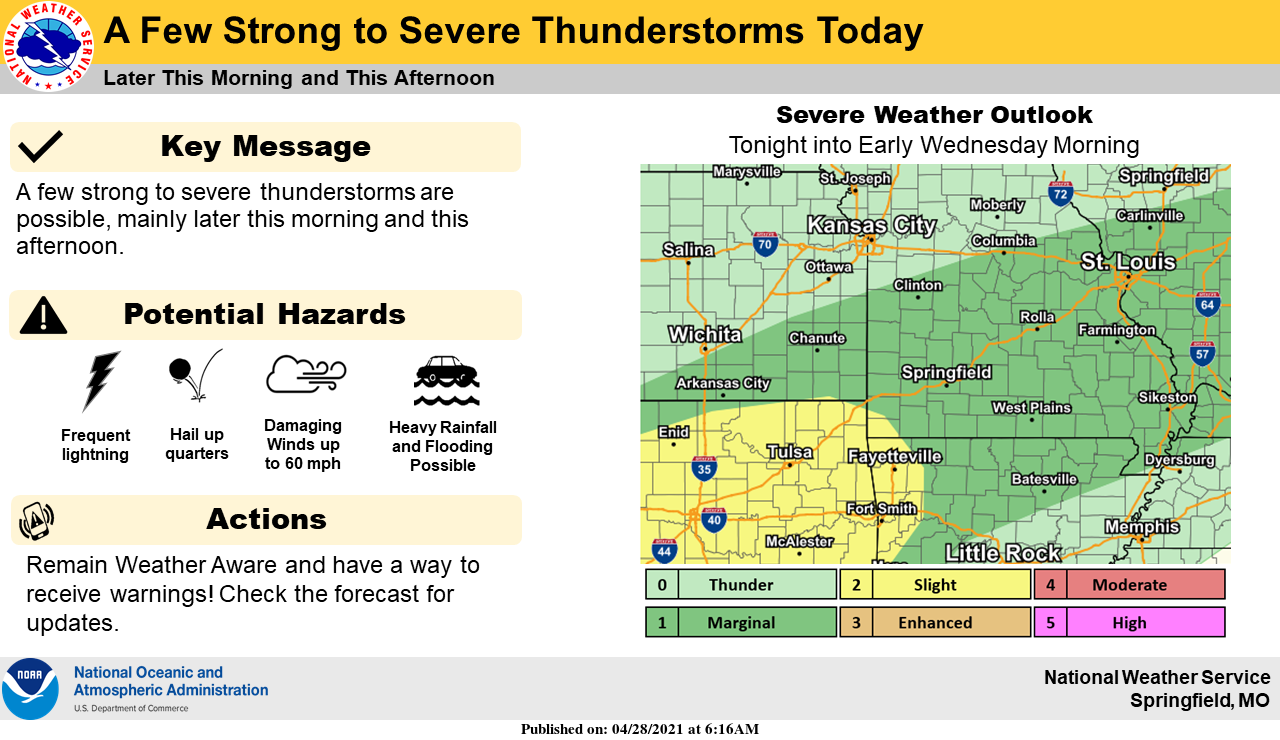 Flash Flooding in the Ozarks: See Where Roads Are Closed Due To High Water

Heavy rain and flash flooding are happening south of Springfield and will be possible across all the Ozarks today.

Get the updated list of roads closed due to flooding with the MoDOT Traveler Information Map.

Storm total rain amounts will range from 1.5 to 4.5 inches, with the highest amounts generally along and south of Interstate 44, where storms may repeatedly move or train over the same areas.

Between one and two inches of rain had already fallen by 8:30, with flash flooding happening at Roaring River State Park in the Cassville area. Emergency management officials say Roaring River is evacuating its campgrounds, with all low water bridges in the park underwater.

The National Weather Service has also issued a Flash Flood Warning for east central Barry and Stone Counties until 2:45 p.m.