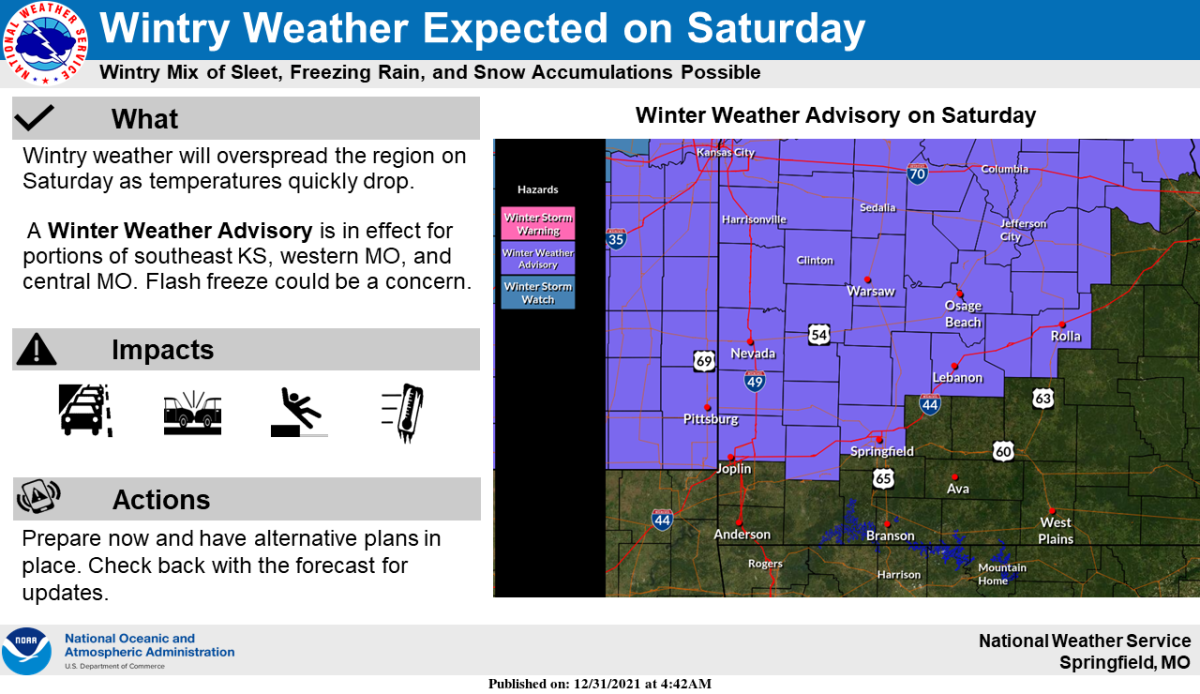 A powerful storm system moving toward the Ozarks will have several impacts for New Year’s Day.

The National Weather Service has issued a Flood Watch from Friday evening into Saturday morning for parts of southern Missouri, including Taney, Douglas, Ozark and Howell Counties.

Forecasters say rainfall amounts of one to three inches are expected through Saturday morning.

This rainfall, combined with saturated soils, may lead to localized flooding.

The rain is expected to increase in coverage and intensity during the overnight hours.

Rain will transition to a light wintry mix from northwest to southeast as temps drop below freezing from Saturday morning into the afternoon.

A Winter Weather Advisory is in effect from 6 a.m. Saturday until 6 a.m. Sunday for areas along and north of Interstate 44.

The weather service says temps will quickly drop into the 20’s by late afternoon in the Springfield metro area, and flash freezing on area roadways is a concern.

Get updated road conditions from across the Ozarks and the state of Missouri here with the MoDOT Traveler Information Map.

Winter travel impacts are likely Saturday into early Sunday, especially for areas along and north of I-44.

A mixture of freezing rain, sleet and snow is expected.

Here’s what the National Weather Service says in its forecast discussion on the wintry weather:

Sub freezing temps wil remain over the area through Sunday.