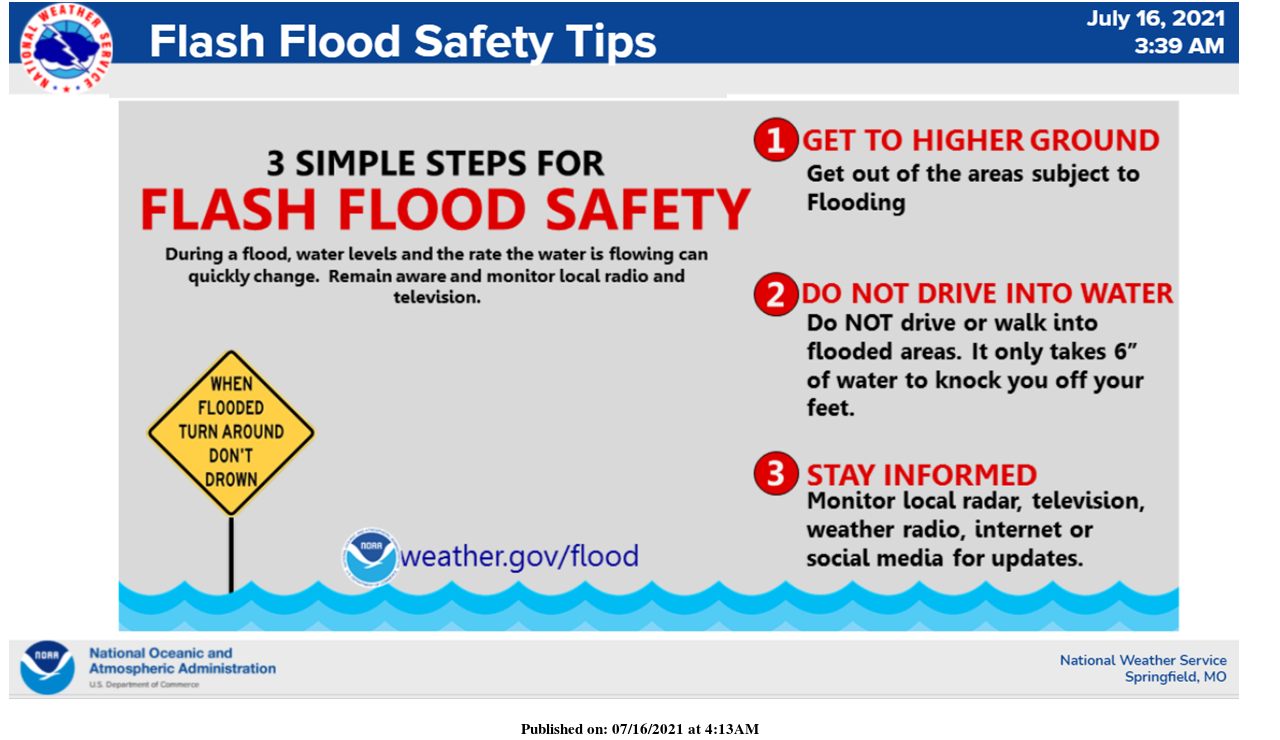 Friday Flooding Concerns in the Ozarks

The National Weather Service says flooding is a concern across much of southwest Missouri into early Friday afternoon.

A Flash Flood Watch is in effect until 1 p.m. for most of the Ozarks. Thunderstorms with very heavy rain will train across the same locations through midday.

One to four inches of rain with localized higher amounts will be possible.

Flash flooding will be possible, especially in low lying areas near creeks, rivers and streams.

Some roads in the northern Ozarks have been flooded out and closed.

Get the latest road closings throughout the state here with the MoDOT Traveler Information Map.

Highway AA has been shut down southwest of Wheatland, and Highway D is closed southwest of Preston with water over the roadway.

The National Weather Service says a few of the storms on Friday may produce winds of 40 to 50 miles per hour, but the severe weather threat is minimal.

Most of the thunderstorms should move east of the area by mid afternoon.