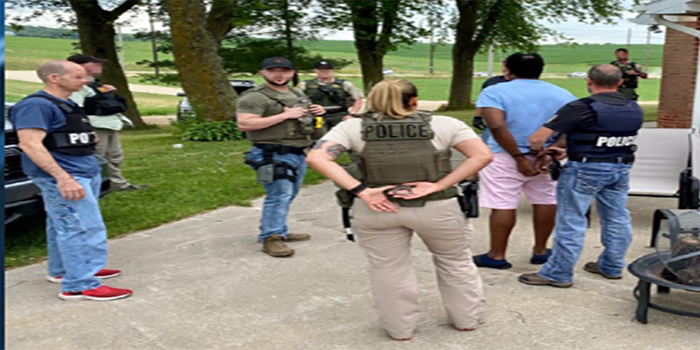 A man who is facing multiple federal drug charges in Springfield has been captured by a fugitive task force.

U.S. Marshals announced Thursday that 39-year-old Untavious Davenport of Chicago had been captured in a rural area near Zwingle, Iowa, a community with a population of less than 100 people.

“Davenport’s arrest resulted from the combined efforts of talented investigators across three states,” Mark James, U.S. Marshal for the Western District of Missouri said in a statement. “Davenport will now face the justice he’s fled for so long.”

Davenport was indicted in Springfield on charges of conspiracy to distribute heroin and fentanyl. Shortly after the federal indictment was handed down by a grand jury in Springfield, Davenport fled to his hometown Chicago area. The Chicago Strike Force, a part of the Organized Crime Drug Enforcement Task Force, joined the hunt and was able to track Davenport to Iowa. They provided information to U.S. Marshals who took Davenport into custody around 4 p.m. on Wednesday, June 23, 2021.