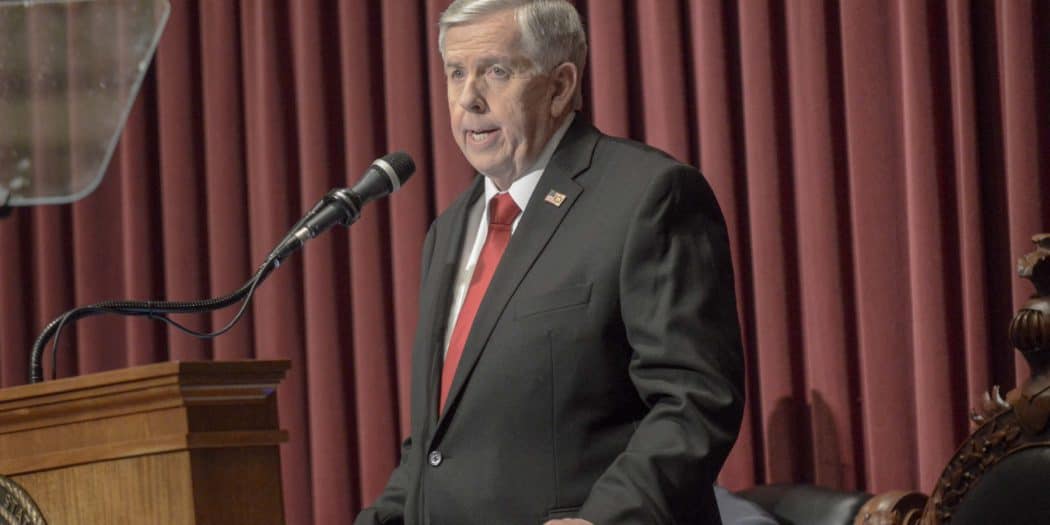 Governor Mike Parson has been sworn in for a full term as the state’s 57th governor.

The inaugural ceremony marked the start of the state’s bicentennial celebration. Governor Parson took the oath on the steps of the refurbished Capitol building. The ceremony had ringing church bells and artillery guns but due to the COVID-19 pandemic many events, like a parade or inaugural ball, are not being held.

Parson easily won a full term as Governor in November, beating Nicole Galloway by almost half a million votes. His inaugural address was focused on a message of hope for the future and a call to Missourians to seize their future.

“It is our time to preserve the American dream,” Parson said.

The state’s 200th anniversary of admission to the United States is in August and officials are hoping for enough vaccinations in the state to allow for a large celebration as a counterbalance to today’s muted affair.

Parson had been elected Lieutenant Governor in 2016 and became Governor on June 1, 2018 when Eric Greitens resigned his office.