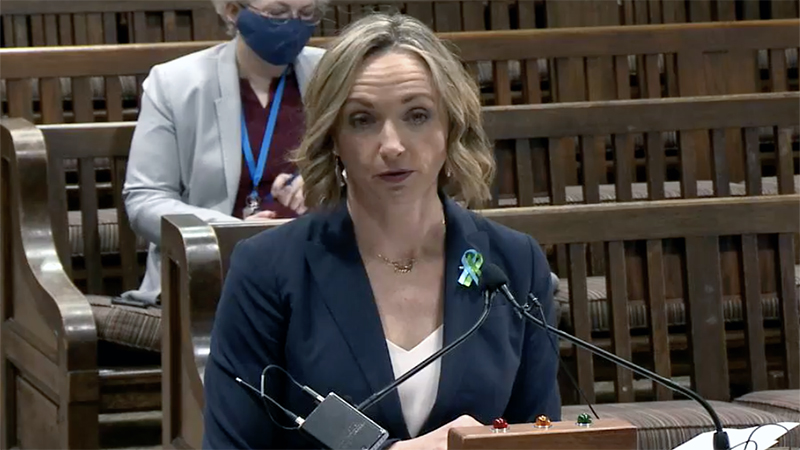 Health Department Makes Recommendations to “Step Out” of COVID Restrictions

The Springfield-Greene County Health Department and local healthcare leaders made suggestions to the City Council on Tuesday regarding a “step out” of the COVID-19 restrictions that have been placed on the community for almost a year.

Interim SGCHD Director Katie Towns led the presentation to the Council where a stop light coded “step out” system was presented:

Towns said that when one of these levels is reached, a 28 day clock begins where the county has to be under the numbers for 23 of 28 days before moving to the next step.

“We have reached a point where the end is in sight, where we can start to relax and breathe a sigh of relief—but while we’re close, we still have more of this race to run,” Acting Director of Health Katie Towns said. “We have to take steps cautiously so that we don’t ruin all that we have accomplished to keep our community safe and protect one another. We are nearing this finish line, but we will have to Finish Strong.”

Mayor Ken McClure indicated the Council would follow the recommendations of the Health Department, stating during discussion “this is where we’re going to go.”

Towns said that the city has been under the 40 cases per day average since mid-February, so while the city is currently in the red, they could reach yellow before the next Council meeting.

Council members debated the best way this plan could be implemented without the Council having to pass an ordinance for each step. City staff seemed to that would be the cleanest method but they would look into ways of streamlining the process.

Here is the health department presentation: