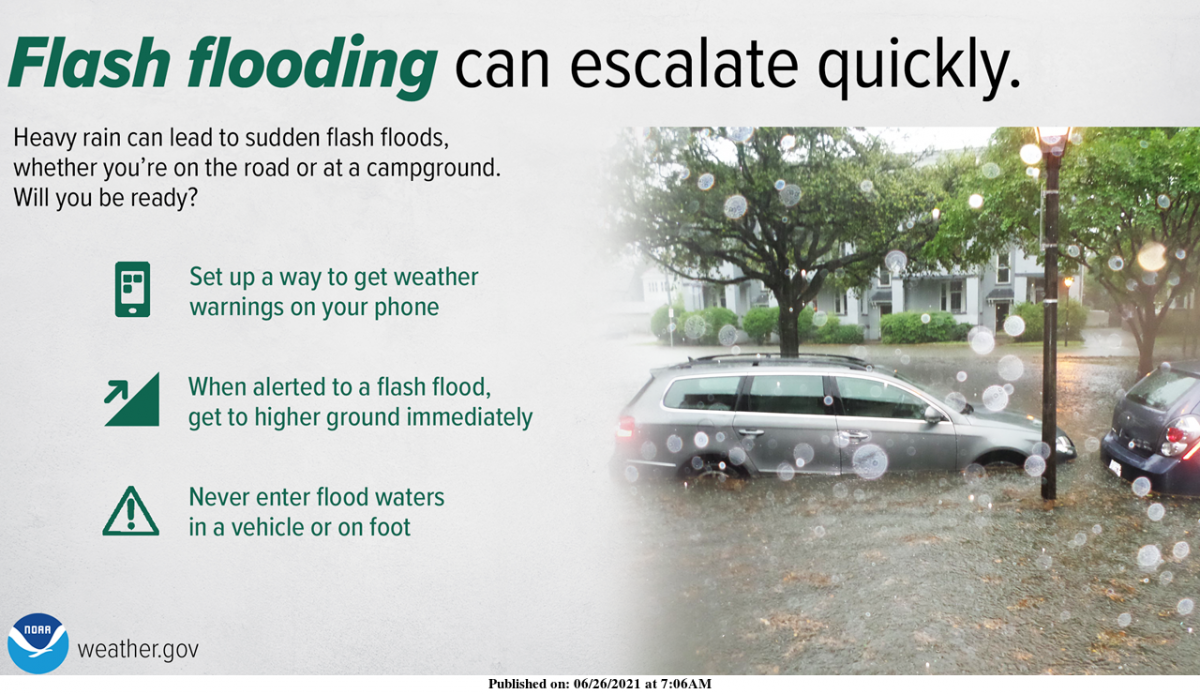 Heavy Rains Cause Flash Flooding in the Ozarks

Heavy rains have sent water rushing across roadways and into homes in parts of the Ozarks Saturday morning.

The National Weather Service says areas along and north of Interstate 44 are under a Flash Flood Watch until Sunday morning.

Police in Seneca are reporting flash flooding Saturday morning, with water in five businesses and several homes in the Newton County town. Ongoing evacuations were occurring along Lost Creek inside the city limits.

MoDOT has shut down Highway 43 at the intersection of Highway U due to flooding in Newton County.

The Seneca Christian Church has opened up as a shelter for displaced residents.

We also had reports Highway CC was under water at Racine.

Rapid rises along Lost Creek prompted the National Weather Service to issue a Flash Flood Emergency for the Seneca area, with a Flash Flood Warning until 9:30 a.m. for central Newton County.

By 7 a.m. Saturday, between three and five inches of rain had fallen in this area, with an additional one to two inches possible.

In Joplin, more than three inches of rain have been reported since 3 a.m., with flooding of several law water crossings.

A Flash Flood Warning is in effect for Jasper County until 1:30 p.m. Saturday.

Nearly 3.7 inches of rain were reported near Elkton in Polk County within the last 24 hours.

Check to see where roads are closed due to flooding in southwest Missouri with the MoDOT Traveler Information Map here.

The National Weather Service did issue a brief Severe Thunderstorm Warning for northeastern Newton and southwestern Lawrence Counties Saturday morning, but by 8 a.m., the storm had weakened below severe limits.

Forecasters say an isolated strong to severe thunderstorm will still be possible across the Ozarks during the day Saturday, with strong wind gusts or small hail in addition to flooding.