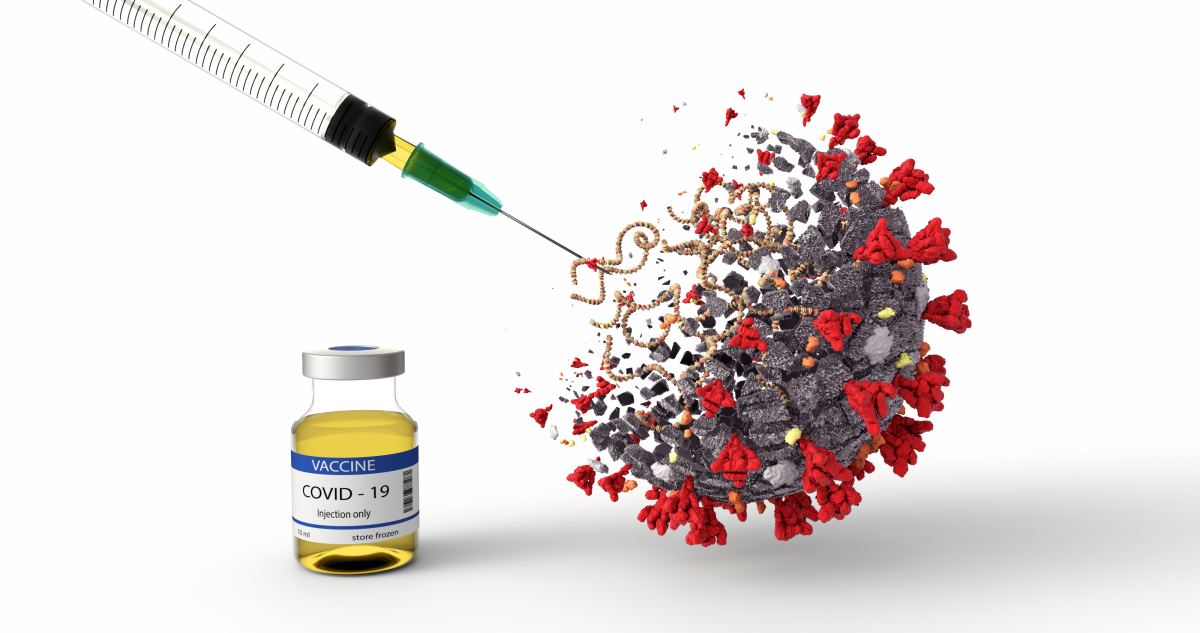 Hey look! There’s a vaccine behind the couch!

It is truly amazing how everything…and I mean EVERYTHING…in 2020 has been hyper-politicized.  From whether or not to wear a mask, how to dress (or in Jeffrey Toobin’s case, how not to…haha!) on a virtual conference call and most amazingly, if you’re a member of leftist America or the national liberal media industrial complex, how to not give President Donald Trump a shred of credit for assisting the nation with anything relative to the China virus, aka, the dreaded COVID-19.

I try not to suffer fools or delve too deeply into the recesses of bizarre conspiracy theories but I also don’t believe too terribly in fascinating coincidences given how many powerful coastal elites in our nation seem to be able to place their finger, thumb, or entire fists on the outcome of anything….like say the electoral outcomes in razor-thin battleground states.

So I found it fascinating that, despite likely having this news in their precious possession for many days, if not weeks before Decision Day 2020, the Big Pharma Barons decided to conveniently wait until the Monday AFTER Election Day 2020 to gloriously and triumphantly announce to the world that lo and behold, we have, not one, but TWO coronavirus COVID-19 vaccines with 95% effectiveness rates to boot!  The uber-wealthy liberals of Wall Street responded appropriately, like the lovable little lap dogs they are, and happily ran the market up over 1500 points ahead of last Monday’s open.  The market ended up “only” 870 points or so…but you get the point.

Look, I am beyond thrilled that the good folks at Pfizer BioNTech, Moderna, and whatever other Pharma bio companies end up coming up with what will likely be multiple vaccines, are well down the road on putting us on the offensive against the dreaded Communist-inspired China Virus and the carnage and wreckage it has wrought all across the globe. But this is simply the latest example of important and actual NEWS that should have been made known to the American people BEFORE the election.

As I previously stated, Pfizer and Co. obviously knew all the details about this great news for days if not weeks before the big election.  The 60 Minutes piece that “broke” this shocking revelation and discussed how Operation Warp Speed would distribute the vaccine, was an extremely polished, well-produced piece that had to have been “in the can” well in advance of the election but it was kept under wraps until Sunday, November 8th.

Because we’ve seen this roadshow before! The liberal media industrial complex has become infamous over the last four-plus years of doing all it can to hide, cover-up and obfuscate any news whatsoever that would help to President Trump and likewise, damaging to his opponents, adversaries, or critics.  This has become a dangerous road to travel down and it’s no longer just fun and games.

Now the media has decided that no means are too egregious to pursue when it comes to their Trump Derangement Syndrome side effect of doing anything and everything it can to harm the President, even when millions of American lives literally hang in the balance.

Look, I am ecstatic that with every successive week, yet another vaccine announcement is made, giving not only America but the world the desperate hope that it needs.  But those who continue to play politics with anything and everything President Donald J. Trump says or does should and MUST be held accountable for their actions and perhaps even more importantly their lack of action.

If there is good news to report and to share then just do it…and stop letting your Trump Derangement Syndrome get in the way.