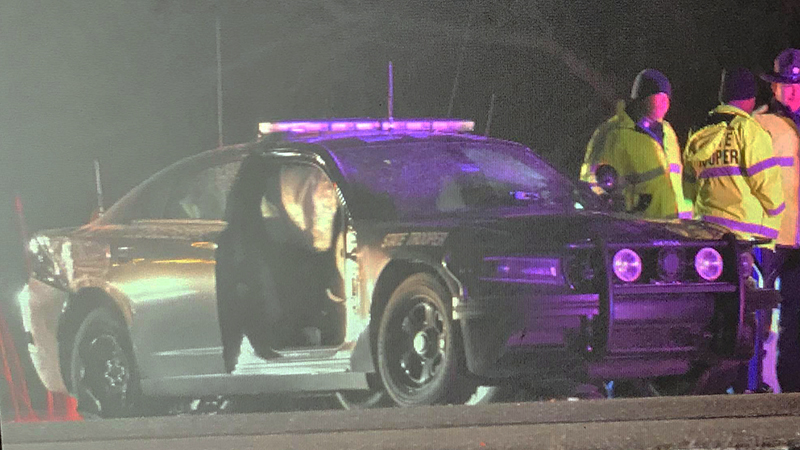 The Oklahoma State Highway Patrol reports that a trooper began to chase a black Dodge Charger on the Will Rogers Turnpike around 5:30 p.m.. The vehicle traveled eastbound until it struck stop sticks at the Miami gate. The suspect’s vehicle had a tire deflate, so the suspect bailed on the vehicle and fled on foot.

Troopers pursued the suspect, who somehow was able to circle back and take an OHP unit and continue eastbound on the turnpike.

The suspect crossed the state line where the Missouri State Highway Patrol began pursuit. The suspect collided with a MSHP patrol unit, then hit stop sticks which disabled the vehicle. The suspect was taken into custody.

Both troopers have been hospitalized and their conditions have not been released to media.