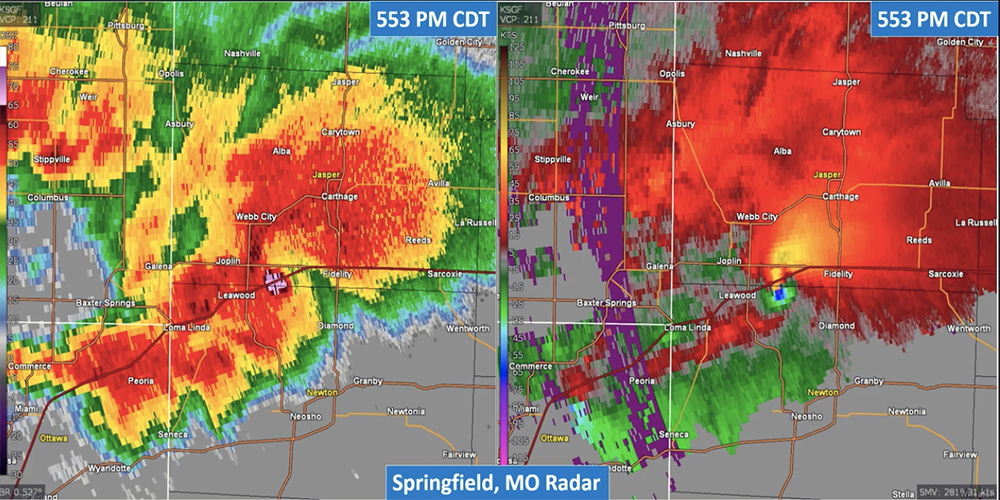 The city of Joplin is hosting a special memorial service on Saturday, May 22, to mark the 10th anniversary of the deadly EF-5 tornado that took the lives of 161 people.

The ceremony will take place including a gathering in Cunningham Park around 5:41 p.m., around the time that the deadly twister first touched down in the city. The list of the names of the 161 membres of the community who lost their lives will be read, and prayer & music remembrances will take place.

The main program at Cunningham Park, 26th and Maiden, will begin at 5:15 p.m.. Former Missouri Governor Jay Nixon will speak, along with Joplin community members who have been involved in the city’s rebuilding. Mayor Ryan Stanley will serve as the event emcee.

Seating will be available, but attendees are encouraged to bring their own lawn chairs or blankets for the community time in Cunningham Park. Various organizations will have activities, booths, and information in the park starting around 3 p.m..

The tornado on May 22, 2011 reached winds over 200 m.p.h. and left behind over $2.8 billion in damage to homes, businesses, and the infrastructure of the city of Joplin. The storm is the costliest and deadliest tornado since 1950, the date the National Weather Service began keeping records.

The twister was on the ground for an estimated 38 minutes, leaving a damage path 22.1 miles long and at the maximum a mile wide.

The city announced this week that their recovery efforts from the storm have been given a Project of the Year award from the American Public Works Association.

“The award exemplifies what happens when a collaborative process involves everyone working for the same goal,” Jack Schaller of design company Olsson said in a city statement. “We worked with almost every department of the city on these projects, making this honor something that was truly earned by the City of Joplin. On this week of the 10-year anniversary of the tornado, it is humbling to be recognized for how far we’ve come from one of the darkest days in Joplin’s history.”

More information can be found on the Joplin Proud website.

Previous Police Identify Victim of Fatal Shooting in Springfield
Next BILLY LONG: All Nations Have the Right to Defend Themselves Against Terrorism