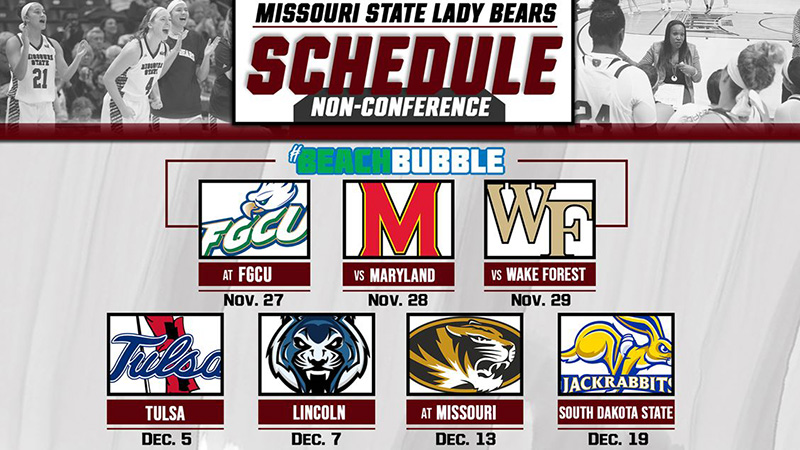 The Missouri State Lady Bears will be playing a seven game non-conference schedule that will take them to a nationally televised Florida tournament and a clash with in-state rival Missouri.

“I’m excited basketball is back!” Coach Mox said in a press release. “It was difficult making adjustments to our non-conference schedule, but I am happy we are still going to be challenged early. The Gulf Coast Showcase is loaded with great teams, so we will see where we stack up and what we are made of in our first three games.”

The team will make its home debut on December 5th hosting Tulsa. Lincoln, South Dakota State will follow before MSU travels to Missouri in Columbia.