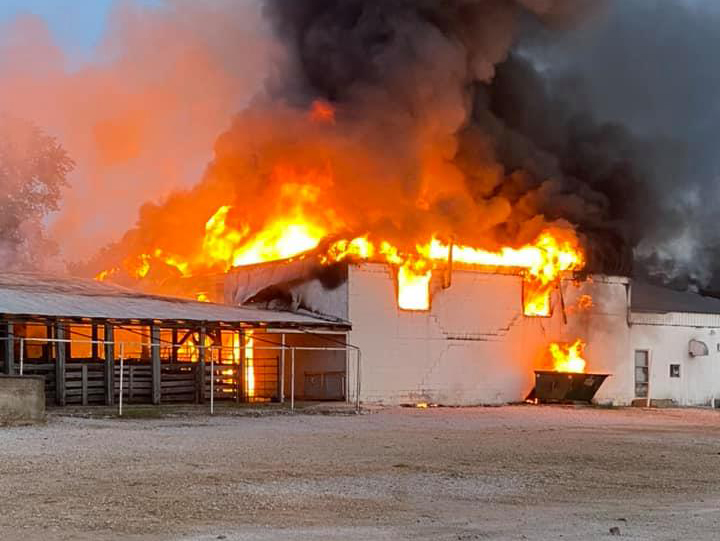 A fire has destroyed a Polk County landmark.

Roberts Livestock Auction, which has been in Bolivar since 1959, burned early Monday morning.

Seven fire departments assisted with the blaze that was first reported around 5:30. Officials say the front half of the building, which housed a cafe and the auction area, were completely destroyed. The roof also caved in on that part of the building. Crews worked to save as much of the cattle holding area as possible.

The auction only takes place Saturdays, so no animals were harmed in the blaze.

A fire official said the building was old, so they aren’t sure yet what caused the blaze. An investigation into the fire will be conducted by state fire officials.