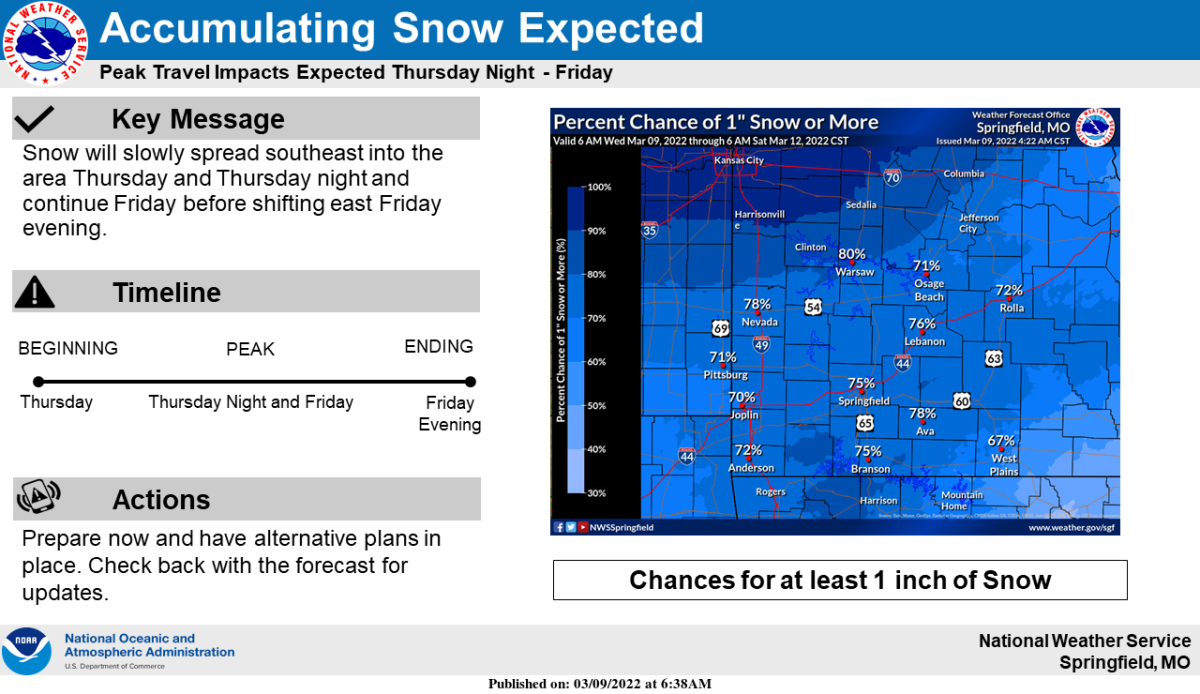 Rain is expected to transition to snow across much of southwest Missouri from Thursday night into Friday.

The National Weather Service says measurable snow of at least one inch is expected across the Ozarks, with the highest snow amounts generally across central Missouri and areas north of there.

A lot of the snow will fall during the day Friday, and this may limit road impacts by midday and Friday afternoon, especially with the sun angle as we approach mid March.

Forecasters aren’t ruling out a brief period of freezing rain before the precipitation transitions to snow.

The Kansas City area is under a Winter Storm Warning, with four to six inches of snow expected.

A Winter Weather Advisory has been issued for areas from Clinton to Sedalia, where three to five inches of snow are possible with a light glaze of ice.