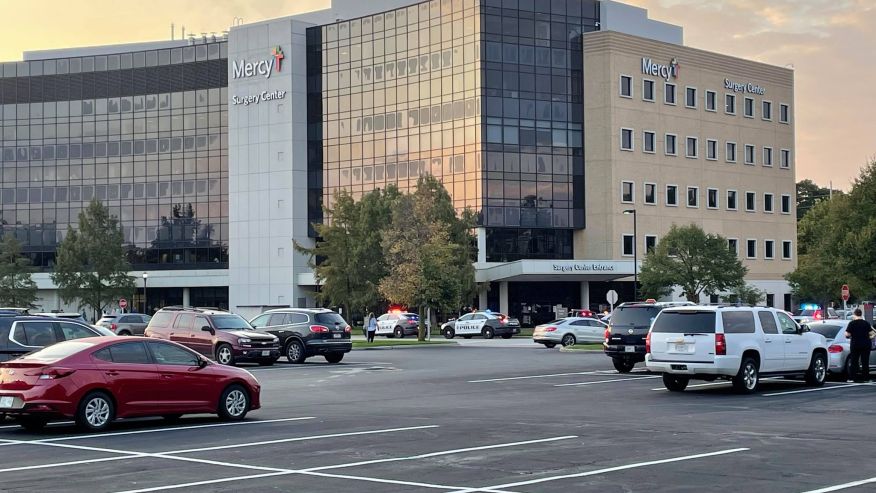 Suspect in Custody After Stabbing at Mercy Surgery Center in Springfield

A woman has been rushed to a local hospital after being stabbed Friday morning at the Mercy Surgery Center at National and Seminole in Springfield.

Police Lieutenant Jennifer Charleston tells KWTO News the victim went into surgery after being stabbed inside the building around 7:15 a.m.

Investigators say the victim’s injuries do not appear to be life threatening.

Police are describing the incident as a domestic situation, and a lieutenant told KOLR-10 at the scene the woman who was stabbed works at Mercy.

Officers started searching for a suspect in his mid 30’s and did a sweep of the building to make sure it was clear and there were no other threats.

Just before noon Friday, the police department tweeted the suspect is in custody.

A number of employees were seen standing outside the Surgery Center early Friday morning.

Mercy says the Surgery Center will remain closed to the public throughout the day Friday, and folks who have an appointment Friday will be contacted to be rescheduled or moved to another location.

Earlier, Mercy announced via Twitter that Mercy Hospital was also on lockdown, but the main hospital has since re-opened.