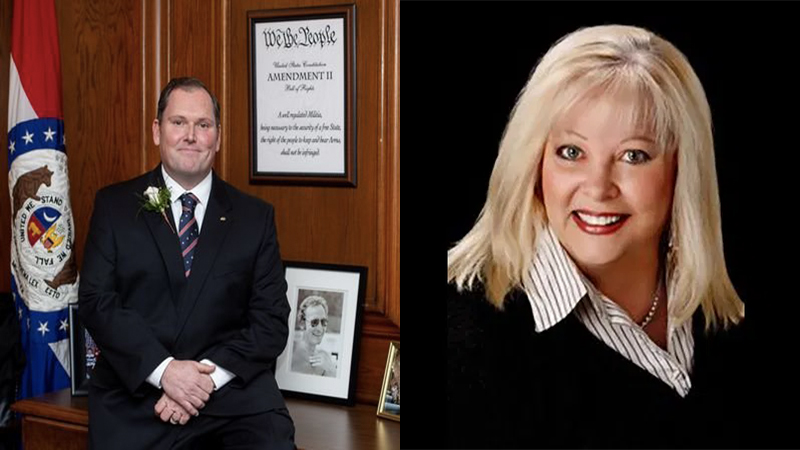 Missouri House Speaker Calls for Rep. Derges to Step Down

The first major Republican state legislator is on the record calling for Rep. Tricia Derges to give up her seat.

Missouri House Speaker Rob Vescovo has issued a statement saying that Derges, who was indicted on 20 counts by federal prosecutors on Monday, should vacate her seat.

“Following the announcement of the serious charges filed against Representative Derges I immediately removed her from all her committee assignments,” Vescovo stated. “After speaking with her and the caucus, I am asking her to resign her seat with the House. The legal process will ultimately determine her guilt or innocence, but this is clearly a time for her to spend with her family as she focuses on her legal issues, and for the people of the 140th district to move forward with selecting a replacement who can effectively advocate for their interests.”

Derges’ attorney, Stacie Bilyeu, told KWTO that it’s frustrating to see the way people are rushing to judgement on her client.

She pointed out that the charges against Derges come via the grand jury process which leans completely in favor of prosecutors.

“We can’t present a defense [to a grand jury],” Bilyeu said. “The rules of evidence don’t apply, so things like hearsay can be used to present the case to the grand jury. So all we have are allegations made against my client from a place where nothing counter to the prosecution is presented.”

Bilyeu noted the only thing on the record from her client is her pleas of not guilty to all charges.

Bilyeu called out a statement made to the Washington Post by Special Agent in Charge of FBI Kansas City Timothy Langan where the Special Agent said Derges “used her position for personal gain and damaged the public’s trust.” Bilyeu said that statement was “completely false” and once Derges is able to present her defense people will see the truth.