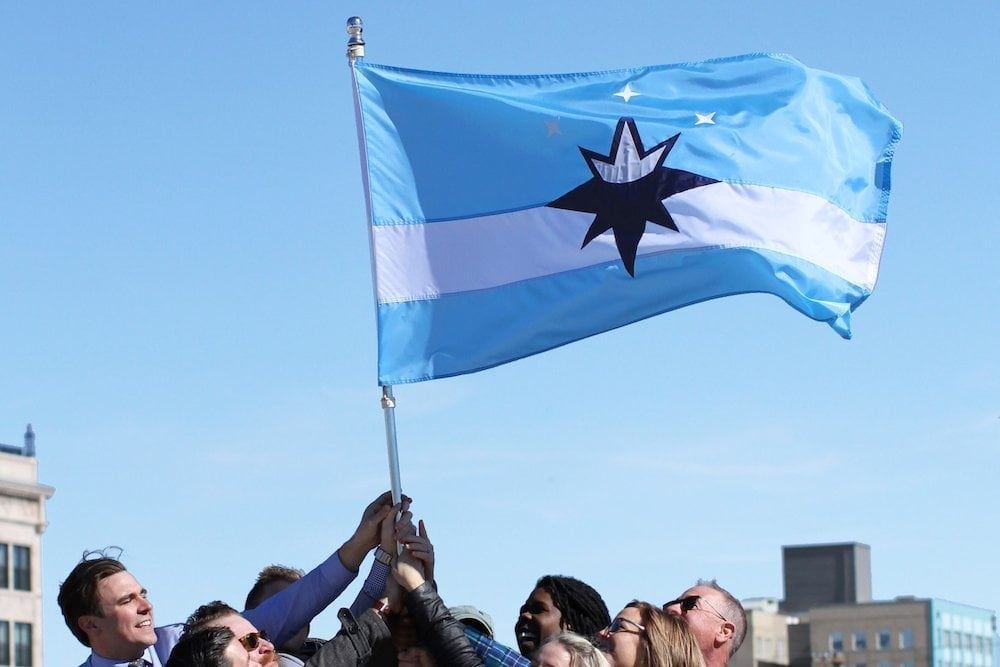 Springfield Mayor Ken McClure is hosting a ceremony at 2:00 p.m. Tuesday to honor the city’s historic flag and raise the new flag at Park Central Square.

Springfield City Council is expected to formally designate the 1938 flag as the Historic City Flag at an upcoming council meeting and have it displayed in places of honor throughout the community.

Many citizens continue to cherish the 1938 flag, and to preserve the history of that flag and to honor it for its long years of service, it will be displayed in an exhibit in city buildings, such as Historic City Hall and the Busch Municipal Building, in the History Museum on the square and at Central High School.

Continuing education about the flag’ place in the city’s history will be provided on the city website.

An honor guard with representatives from the Springfield Police Department and Springfield Fire Department will do the honors of raising and lowering, and the historic flag will be presented to Katie Turer, community outreach and visitor experience manager of the History Museum on the Square.

The Central High School Kilties have been invited to perform immediately following the raising ceremony.

At 1:55 p.m. Tuesday, all historic city flags located at municipal facilities will be lowered, followed by the raising of the new city flags at 2 p.m.

Springfield City Council voted to adopt the new flag in a 7-2 vote, and since the vote, a compilation video of those opposed to the flag went viral on social media, getting more than 5,000 likes on Twitter.

A group opposed to the new flag submitted hundreds of petitions in an attempt to get the decision reversed and send the issue to a vote of the public.

“Save Springfield’s Flag” ultimately did not have enough signatures as required by the city, but one group member has asked people to vote to get rid of every city council member who voted against the (1938) flag.

Previous Helping Ukraine refugees: Non profit provides emergency water access for those in need
Next Fire Damages Building on the Square in Cassville