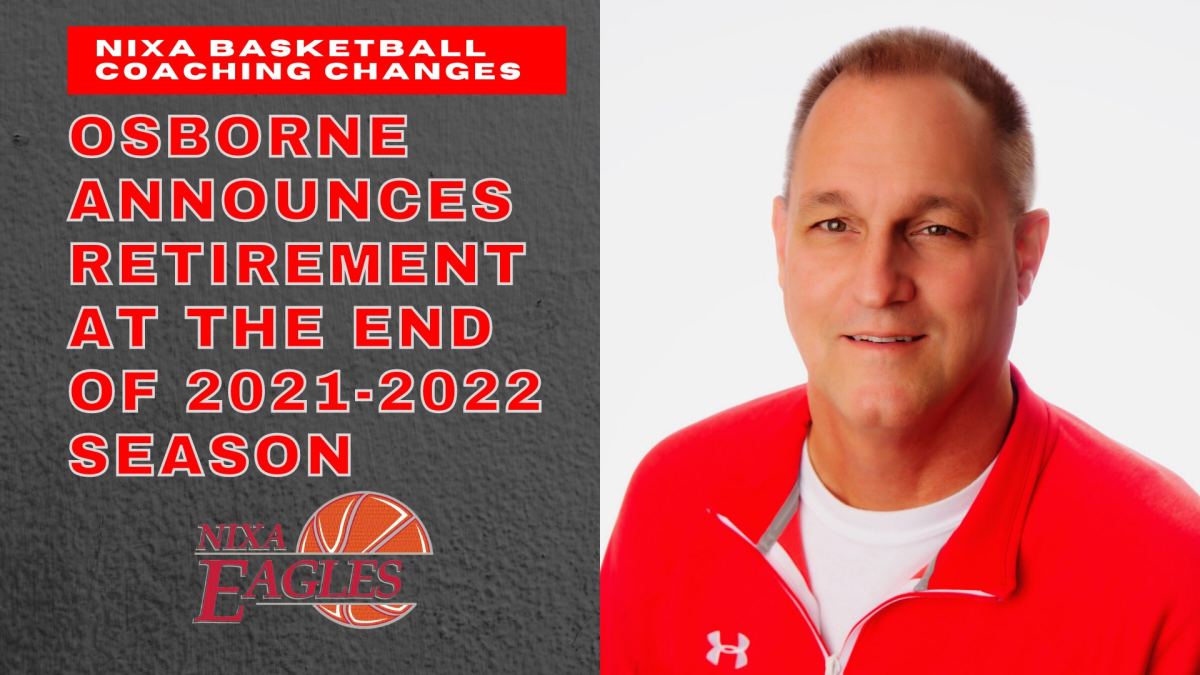 A local coaching legend will walk the sidelines for the last time this season.

Nixa Public Schools says Jay Osborne will retire as head coach of the Eagles basketball team at the end of the 2021-22 season.

Osborne will have served a total of 35 years in education, with 33 years as a head basketball coach.

He enters this season with a career record of 647-242, averaging more than 20 wins per season and a .728 winning percentage.

Osborne is the all-time winningest coach in the history of the Greenwood Blue and Gold Tournament, compiling a record of 75-25. From 2010-2014, his teams won an unprecedented five consecutive Blue and Gold titles.

In December of 2019, the Nixa boys basketball program was inducted into the Missouri Sports Hall of Fame.

Nixa Activities and Athletics Director Brandon Clark says Osborne’s dedication to both basketball and Nixa is “something that will be a part of the school’s legacy and the foundation for a program that will be successful to years in the future. However, Jay’s impact on his players and their lives is something that will leave a ripple effect for generations.”

Assistant Coach Brock Blansit will be named the new head coach beginning with the 2022-23 school years.