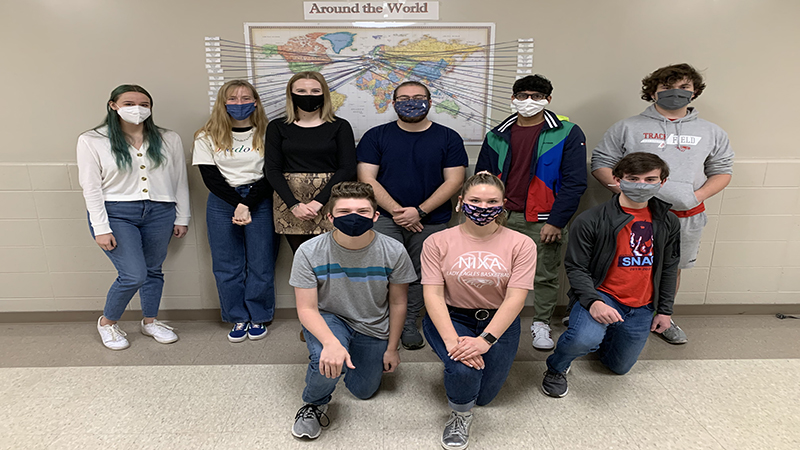 The competition is a mock-congressional hearing sponsored by the Missouri Bar Young Lawyers’ Section and the Missouri Bar’s Citizenship Program. The students have to prepare five minute opening statements on one of three complex legal issues and then engage in a 10 minute question and answer session with lawyers, scholars, government officials, and Missouri Supreme Court Judges.

The team won the state championship after three years where they finished in the top 4.

The members of the state championship team are:

The team made three groups to address the following questions:

The competition was done in a virtual format over Zoom because of pandemic restrictions.