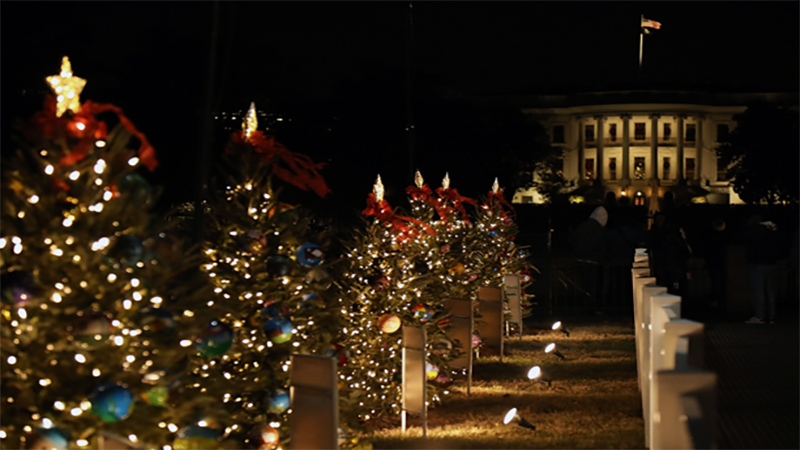 Nixa High School has a class that is representing the entire state of Missouri with ornaments on the National Christmas Trees in Washington, D.C..

One of the ornaments, the “Huckleberry Finn” design (shown right), is being used as a fundraiser for the Arts program at Nixa High School, and be purchased from the Nixa Public Schools website.

Some students from the school were able to attend the opening ceremony of the America Celebrates display, and the ceremony will be virtually broadcast on December 3, 2020 at thenationaltree.org.

The trees are decorated by students because of the ties between the national tree and education. In 1923, a letter arrived at the White House from the District of Columbia Public Schools proposing that a decorated Christmas tree be placed on the South Lawn of the White House. On Christmas Eve that year, President Calvin Coolidge walked from the Oval Office to the Ellipse and pushed a button that lit the first National Christmas Tree. It was a 48-foot balsam fir donated by Middlebury College in Vermont.

The Nixa students who have ornaments on the trees are: