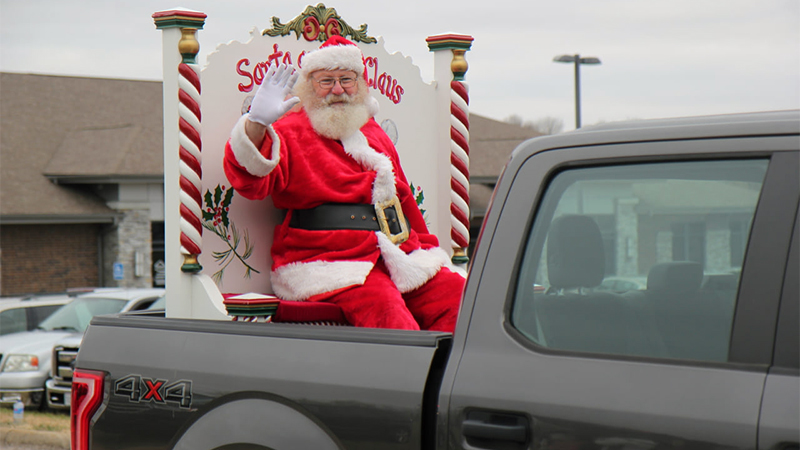 Many Nixa residents and those of surrounding communities may not know the name Steve Tallaksen, but if you attended a Christmas parade or Mayor’s Tree-Lighting Ceremony in recent years, you saw him.

Tallaksen, who dressed in the role of Santa Claus for several major Nixa city events including the Christmas parade, died from complications of COVID-19.

The news of Tallasksen’s death was posted on the City of Nixa’s Facebook page.

In addition to serving as the Jolly Old Elf at Christmas, Tallaksen had a distinguished career of service to his community. He served on the city council from 1996 to 2012 and also on the city’s Planning and Zoning commission for two years.