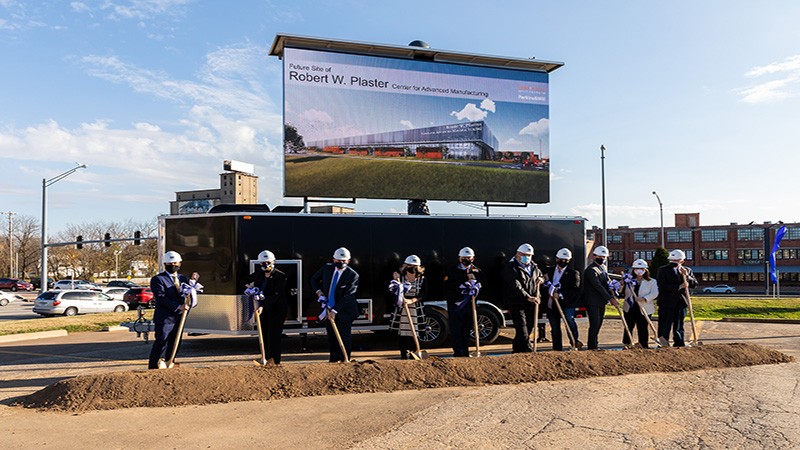 In what was called the “largest capital investment in the history of [OTC],” the new building will be named the Robert W. Plaster Center for Advanced Manufacturing.

“Dad would be very pleased to help with this exciting project, which will give many more students the opportunity to improve their lives through education and free enterprise,” Dr. Dolly Plaster Clement, Robert W. Plaster’s daughter and the executive director of the Robert W. Plaster Foundation said at the event.

Plaster added the new facilities lines up with the foundation’s goals “to promote expanded educational opportunities, pride in America, and belief in the free enterprise system for the benefit of America’s youth through named capital projects.”

The ceremony, which was closed to the public because of the pandemic, included a number of dignitaries including Governor Mike Parson who spoke of the possibilities of the new facility.

“We need to make sure the next generation of workers has the opportunity to live the American Dream, and that will be made possible through institutions like OTC and projects like the CAM,” Governor Parson said.

The 120,000 square foot facility will feature some of OTC’s technical programs, including:

The CAM is a result of the OTC Taxing District passing a five cent property tax increase, which is when Chancellor Hal Higdon promised the facility.

“Promises made are promises kept,” Higdon said. “We are grateful to the people of southwest Missouri who voted to make this facility possible. Not only will it help the workers and businesses who currently call the Ozarks home, but we also hope it will attract new, high-tech industry to the region.”