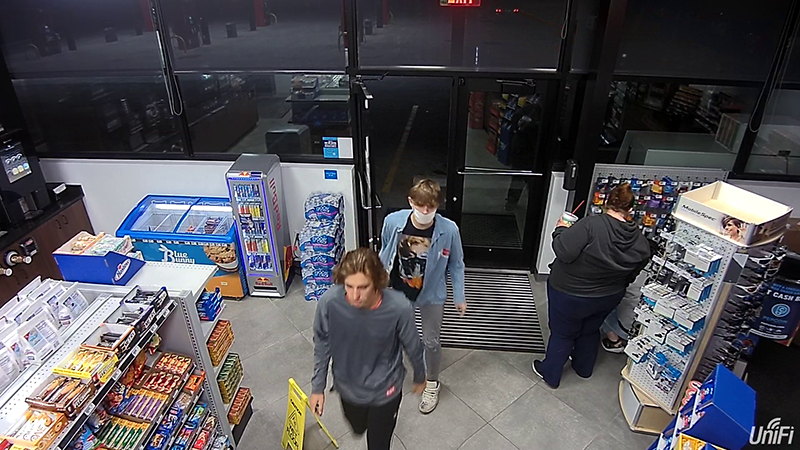 The Nixa police department is crediting the community for their identification and capture of robbery suspects.

The department had released a photo on May 5 asking the public if they could identify the two men who robbed a Signal gas station. The men shoved an employee who tried to stop them, causing her to fall and suffer an injury. The men were shown on video stealing alcohol.

One of the suspects, Mason Barber, was taken into custody by Nixa police, and he is being held in the Christian County jail on a $10,000 bond for second degree assault. Police are still looking for Alex Widman.

The Nixa police department thanks the community for all the tips that lead to the identification and arrest.