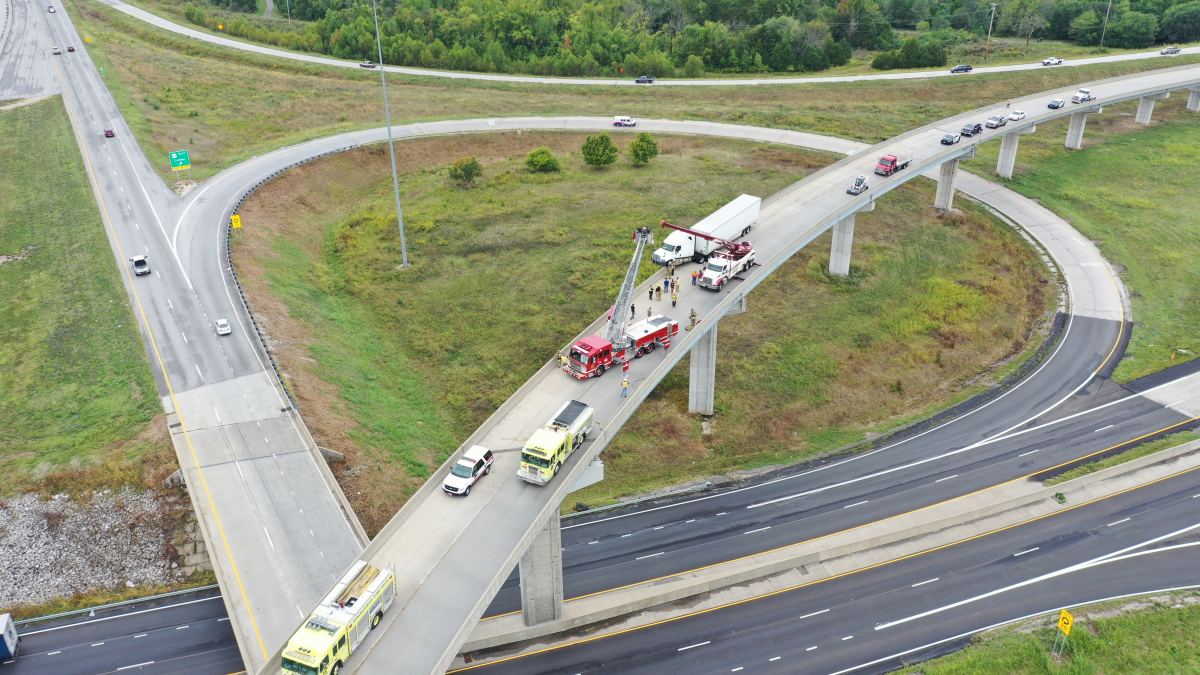 UPDATE: The semi has been removed and the Highway 60/65 flyover ramp has re-opened in southeast Springfield.

The crash damaged the wall of the northbound James River Freeway to eastbound 65 ramp.

MoDOT says the ramp to go from James River Freeway eastbound onto northbound Highway 65 in Springfield closed just after 10 a.m. Tuesday after a crash involving a semi, which has been seen hanging off the flyover ramp.

The exit ramp is estimated to be closed for at least an hour and a half.

Crews closed the interchange to traffic to work the crash.

The front wheel of the cab of the semi was dangling from the bridge.