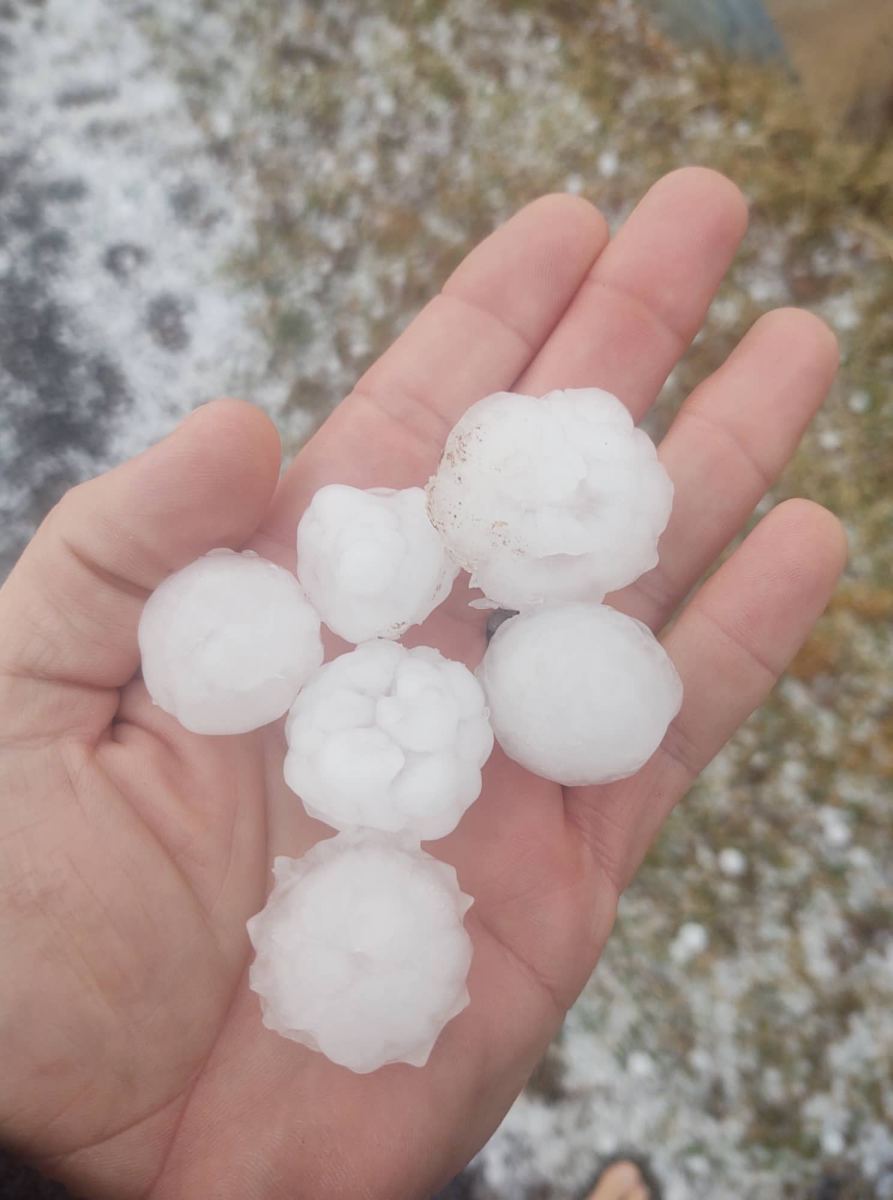 8:30 P.M. UPDATE: All severe thunderstorm warnings have been allowed to expire, with only our far eastern counties still under a tornado watch until 9 p.m.

Hail up to the size of golf balls has been reported with severe thunderstorms tracking across the Ozarks Wednesday afternoon and evening.

At 6:25 p.m., we had reports from a trained weather spotter of a tornado on the ground, with National Weather Service radar indicating debris being lofted into the air 2-3 miles southwest of Elsey in Stone County.

Also in Stone County, we had reports come in from the Wheelerville area of multiple trees down and damage to a house at Highway 248 and Buttonwood Road. Multiple power lines were down, with golf ball size hail on the ground.

We’ve had no reports of injuries.

We’ve had reports of golf ball size hail near Hoberg in Lawrence County, as well as several other reports of hail ranging from quarter to half dollar size.

KWTO News broke in with updates on 93-3 A-M 560 KWTO until the warnings were lifted for the eastern Ozarks.