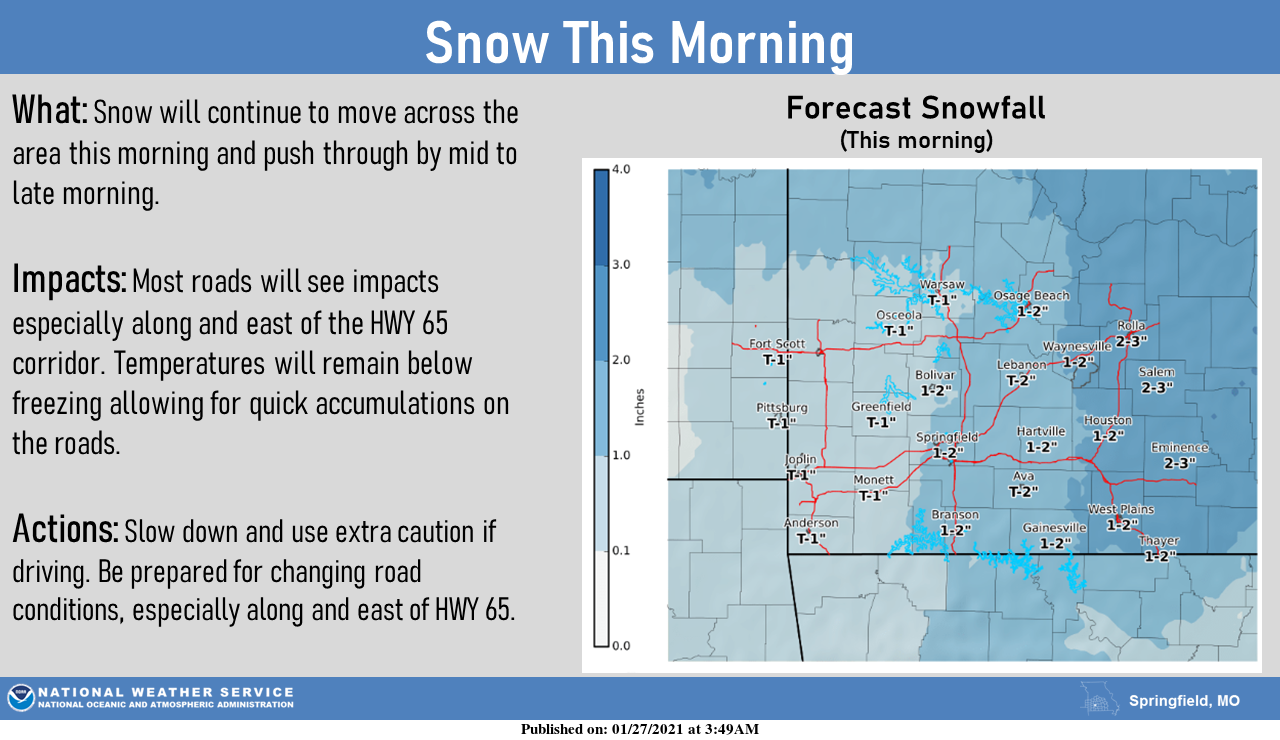 Snow began falling before the morning commute Wednesday, causing slick road conditions and forcing a number of schools to cancel class or move to a virtual learning day.

A winter weather advisory is in effect until noon for all of southwest Missouri.

The National Weather Service says we’re expecting one to two inches of accumulation in the Springfield area and areas along Highway 65, with two to three inches in the far eastern Ozarks.

Areas along the I-49 corridor west of Springfield are looking at 1/2 to one inch.

Get road conditions across the Ozarks and around the state of Missouri here with the MoDOT Traveler Information Map.

How Local Schools Handled The Snow: