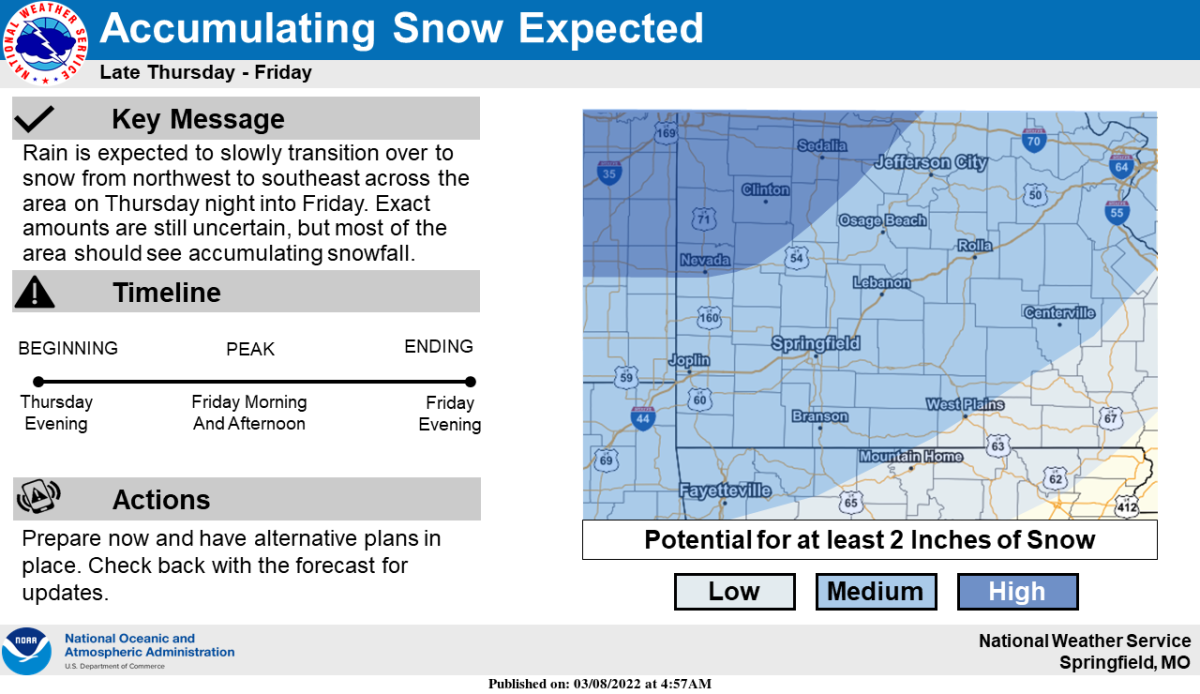 Accumulating snow is expected in the Ozarks late this week.

The National Weather Service says rain is expected to slowly transition over to snow from northwest to southeast across the area Thursday night into Friday.

There could also be a brief window of light freezing rain, but no more than a light glaze is expected.

The majority of the snow should fall during the morning and afternoon hours on Friday.

Warmer ground temps and the higher sun angles this time of year may limit accumulations.

Exact amounts are unknown, but there’s a good chance for at least two inches over much of the Ozarks, with probabilities of four inches or more confined to central Missouri and areas north of there.

Heavier snowfall rates could possibly lead to some minor road impacts in the form of slushy snow.

Snow will end from northwest to southeast across the area from later Friday afternoon into Friday evening.

Previous Leaving Ukraine: The difficult decision for some to flee their homeland amid Russian invasion
Next Springfield Police Department Says Overall Crime Numbers Decreased From 2020 to 2021