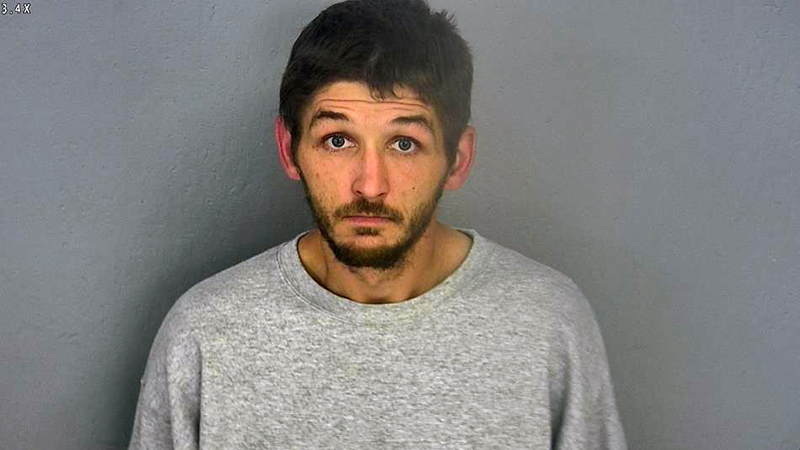 The Springfield Police Department has announced an arrest in the murder of a man at the Welcome Inn on March 25.

Matthew Carl Borg, 32, of Springfield, has been charged with second degree murder, unlawful use of a weapon, and unlawful possession of a firearm.

According to a probable cause statement, investigators say that a 911 call came in around 12:45 a.m. stating a male had been shot in the leg at the Welcome Inn, room 214. As officers were responding to the call, Borg called 911 and told the dispatcher that he had shot someone in the leg. Borg claimed the victim had broken into and charged into his room. He said that he told the person to stop before shooting him, and that he had left the gun on the bed.

When officers arrived, they detained Borg, and found Dylan Hill, 26, dead in room 314 with a gunshot wound to the head. A gun and knife were located on the bed.

Surveillance video showed Hill arriving at the motel in a blue Pontiac Sunfire. Borg, who had been outside room 314, went inside when the car was parking. Hill exited the car and walked straight into Borg’s room, and a short time later a “puff of smoke appeared off a pillar which was consistent with a bullet.”

Two individuals exited the Pontiac after the shooting, one carrying what appeared to be a baseball bat or similar weapon, and Borg pointed a gun at them before moving back into the room and barricading the door.

The people who arrived with Hill, along with others, pounded on the door of room 314 attempting to gain access but were unsuccessful. Those people were observed moving between room 314 and room 318.

Investigators then said residents of room 318 reported before the shooting having seen Borg point a gun at the back of someone’s head inside that room in front of a child. When Borg saw the child looking at him, he lowered the gun and left the room.

Borg later told investigators post-Miranda that he had pointed a BB gun at someone when he was being him in room 318. Police did not find a BB gun during their search. He claimed that while he was getting some drugs from a bag for another man that he looked up and saw Hill coming toward his room and charging in. Borg said he pulled a gun from under the pillow on his bed and told Hill to stop, but that Hill made fists with his hands and began to approach Borg, so Borg fired “three times.”

Borg said he called 911 after the shooting because people were trying to break into his room.

Police say they are still investigating the incident and anyone with information is asked to call 864-1810.

If convicted on the second degree murder charge, Borg could face life in prison. As of Friday afternoon, he has no attorney of record, and no court date has been set for his next appearance.