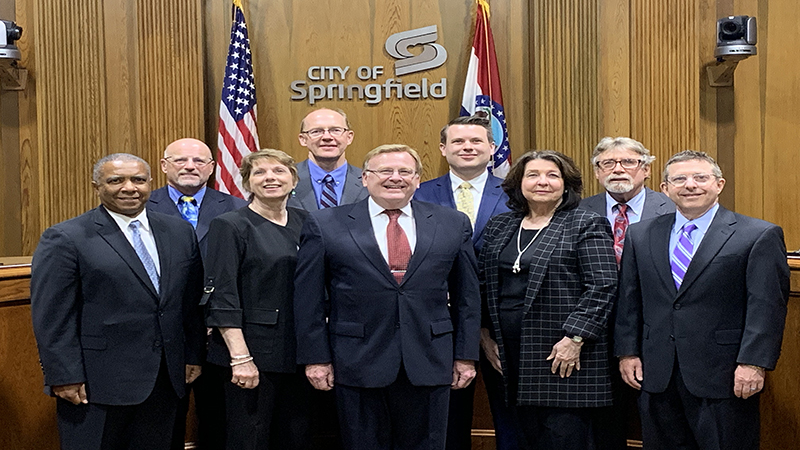 The Springfield City Charter wants new Council members sworn in within a week.

Section 13.7 of the Charter says that “Unless otherwise provided for by law, the council shall canvass the election returns and declare the results of any municipal election regular or special, at a meeting to be held not later than one week following such election.”

While it seems like it would be a simple issue, the first six words of that section cause a major conflict between the City of Springfield’s Charter and state law. Changes to state law have made Section 13.7 essentially unenforceable as written.

City Clerk Anita Cotter acknowledged to KWTO the difficulty that residents could have in not knowing the state laws that override the city’s charter in this case.

Cotter referred KWTO to Section 115.507 of the Revised Statutes of Missouri, which states verification and certification bodies have until the “second Tuesday after any election” to certify returns for “each political subdivision and special district submitting a candidate or question at the election.” Cotter said that the city’s charter rule would apply from one week after the city officially received certified results from Greene County Clerk Shane Schoeller, because they would not have “election returns” that could be “canvassed.”

Schoeller is prohibited by the state from certifying election results before the Friday after election day by RSMo 115.508. Schoeller has stated after multiple elections that additional time allows for overseas and military ballots to be received by his office.

Schoeller told KWTO that the city did not receive their certified results in the mail until Tuesday, April 13, which means the upcoming regularly scheduled Council meeting on Monday is within a one week period of notification. Schoeller added that the city “likely” received an email copy of the results on Monday night.

Cotter said that Council has been aware of the conflict with the city charter and state law for a long time, but that Council cannot unilaterally change the charter. A Charter change requires a vote of the public.