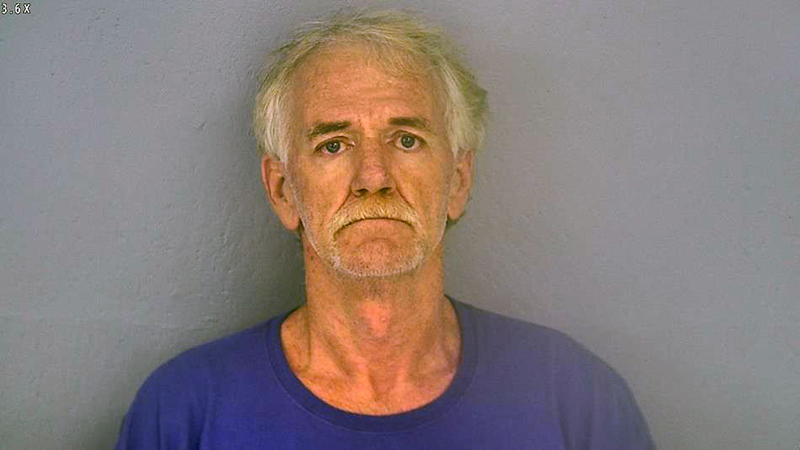 According to court documents, the victim said she broke up with Campbell in 2017, after which Campbell was convicted of stalking her. He began sending her letters this year, and the victim was granted a full order of protection against Campbell in June 2020.

The victim told police that after the order, she began seeing the signs with links to the website that contained the pornographic material of her. She noted that Campbell would not put the signs “in areas where he would be seen on camera.”

The victim agreed to cooperate with police in pursuing charges against Campbell for harassment and posting the material without her permission.

Police were eventually able to collect evidence that showed someone who looked like Campbell posting signs that contained the website links. Police executed a search warrant on Campbell’s residence and found signs advertising the website, stickers with the website on it, flash drives, a computer, and other items that indicated Campbell built the websites.

If convicted on all charges, Campbell could be sentenced to 35 years in prison. He currently has no attorney listed in Casenet, and a hearing scheduled for Monday in front of Judge Ronald Carrier.