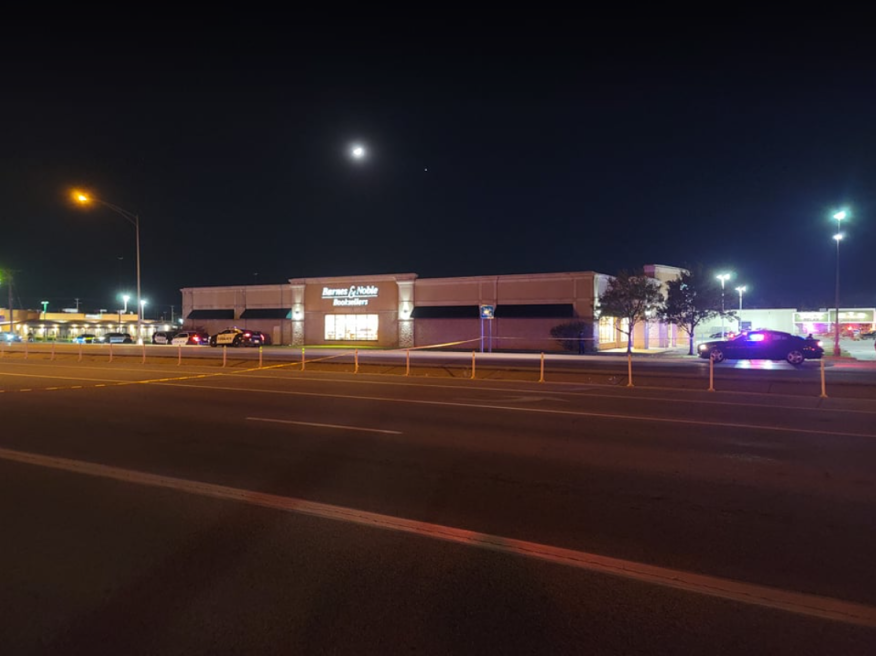 Springfield Police say they were called to respond to a disturbance and reports of an intoxicated person in the parking lot of a restaurant Thursday night, at 9:38 p.m.

Lieutenant Mark Foos says officers were called to 1724 E. Battlefield, which is the address of Downing Street Pour House, in the shopping center behind Olive Garden and Barnes and Noble. Police say there were reports the person was causing a disturbance.

Lt. Foos told OzarksFirst witnesses said the man ran to his car, then walked East through the parking lot behind Barnes and Noble. Officers made contact with him on the east side of the Barnes and Noble building. Foos says officers were warned the man might be armed.

Police say they believe the man was trying to leave the scene or get away from officers when the gunfire exchange happened.