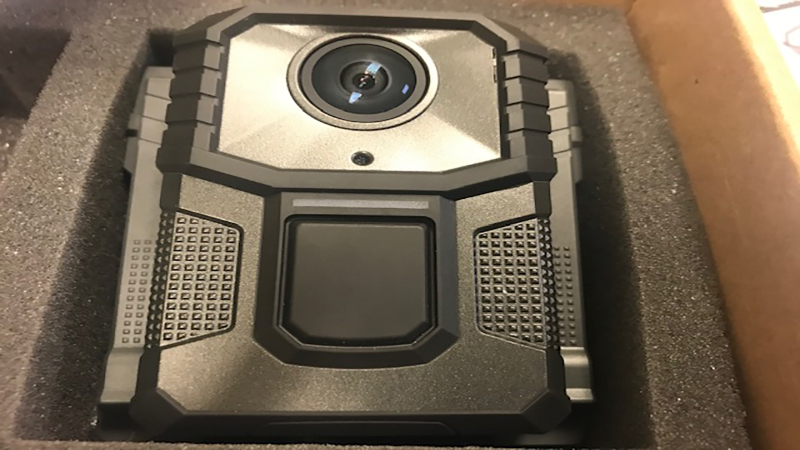 Springfield Police Aim to Have Body Cameras In Use This Week

Springfield Police Department is planning to have body cameras on officers by this weekend.

The department held a special meeting with local media Monday to show the new WatchGuard cameras, how they would be attached to officers, and share the procedures for use of the cameras.

“It’s something we’ve been looking forward to for quite a while,” Major Tad Peters told reporters.

Cameras attach to the officer’s uniforms via powerful magnets. The cameras are built to be waterproof and resistant to being struck.

The cameras will be rolling for almost every non-causal encounter with the public. This includes all calls for service and all arrests; prisoner transport; interviews; chases; use of force; investigation of scenes; and other incidents that involve non-officers.

There are exceptions to the policy. Interviews with sexual assault victims can be done off-camera; medical evaluations; and inside locker rooms and restrooms.

Now, while the officers will be responsible for turning on the cameras to record incidents with the public, the unit will be recording the entire time it’s on the officer. Should the officer be involved in an incident where they did not activate their camera, supervisors will be able to pull that video off the cameras within a certain period of time.

An officer also has the option to turn off the camera if a witness refuses to talk on camera if they feel the evidence or information is more critical than a recording of the situation. Officers will have to document on the camera why they are doing it.

The video will be stored on a cloud server and can be accessed by supervisors but cannot be edited. It will also be available to the public via Sunshine Law request and will be handled in the same manner as other police reports available through a Sunshine Law request, including the department being allowed to charge a fee for the time it would take to find, edit and produce a video recording.

The department will also be able to use the videos for officer training with the approval of the Chief.

Major Peters says that the majority of officers are open to the idea of the cameras.

“The general consensus is that we’ve come to a time when video is everywhere,” Maj. Peters said. “So we’d like to have our video available to show people. It’s a positive thing.”

Body cameras have been something Springfield Police Chief Paul Williams has wanted for his officers for years but the cost has been prohibitive. The cost to launch the program was just over $600,000, compared to almost $1.8 million a few years ago.

“This program has been in the works for several months and we are happy to finally see it come to fruition,” Chief Williams said in a statement. “The police department and City leadership have worked diligently and consulted multiple community members to ensure that the body-worn camera program, and its subsequent policy, best serves our citizens. We hope this will help increase transparency and foster greater trust between law enforcement and the community.”