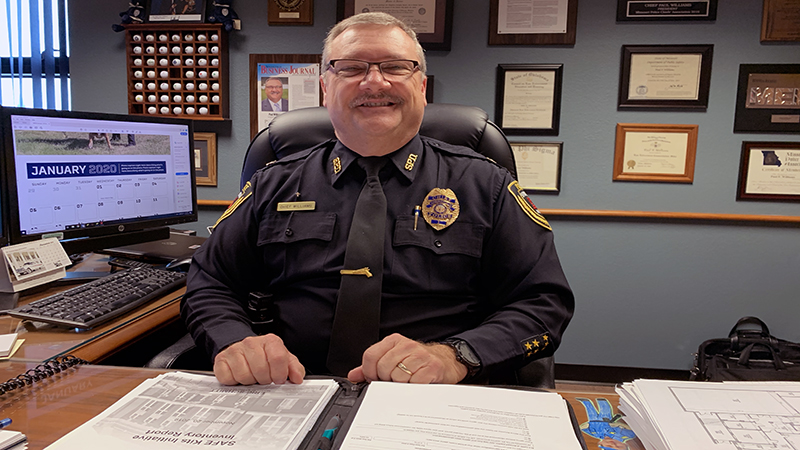 Springfield Police Chief Paul Williams shared a letter on social media from the International Association of Chiefs of Police calling for police reform in the wake of the George Floyd verdict and other incidents of police shootings.

The IACP letter puts the blame on the U.S. Congress, stating that they have “done nothing” in terms of working to bring meaningful police reform legislation. The group says the legislators need to focus on the areas where there is broad bipartisan agreement and get those issues done and deal with more divisive issues once those are done.

“Disagreement over a few provisions has derailed serious consideration of broader reform proposals that have widespread support from both social justice organizations and the policing profession,” the IACP wrote in a statement. “These proposals would help advance the policing profession and enhance the trust that must exist between communities and police.”

IACP officials say that taking care of the matter at the state level is not enough.

“In the absence of compromise, we will continue to see piecemeal, ill-informed, short-term solutions passed at the state and local level that lack the scale and scope to address what is clearly a national issue,” IACP staff wrote. “Or, even worse, nothing will be passed at all. At a time that is calling out for bold national leadership, inaction and grandstanding from our elected officials is simply unacceptable.”

SPD Chief Williams told KWTO he supports the seven measures that the IACP is endorsing in their letter but for the SPD it’s more than just support.

“The IACP continues to take the lead in supporting police reform ideas,” Chief Williams said. “While these are greatly needed on a national basis and I support them as member of the Board of Directors, I’ll note that SPD is ahead of the curve and embraces, participates in, or has implemented each of these.”

The seven items the IACP wants to see are: