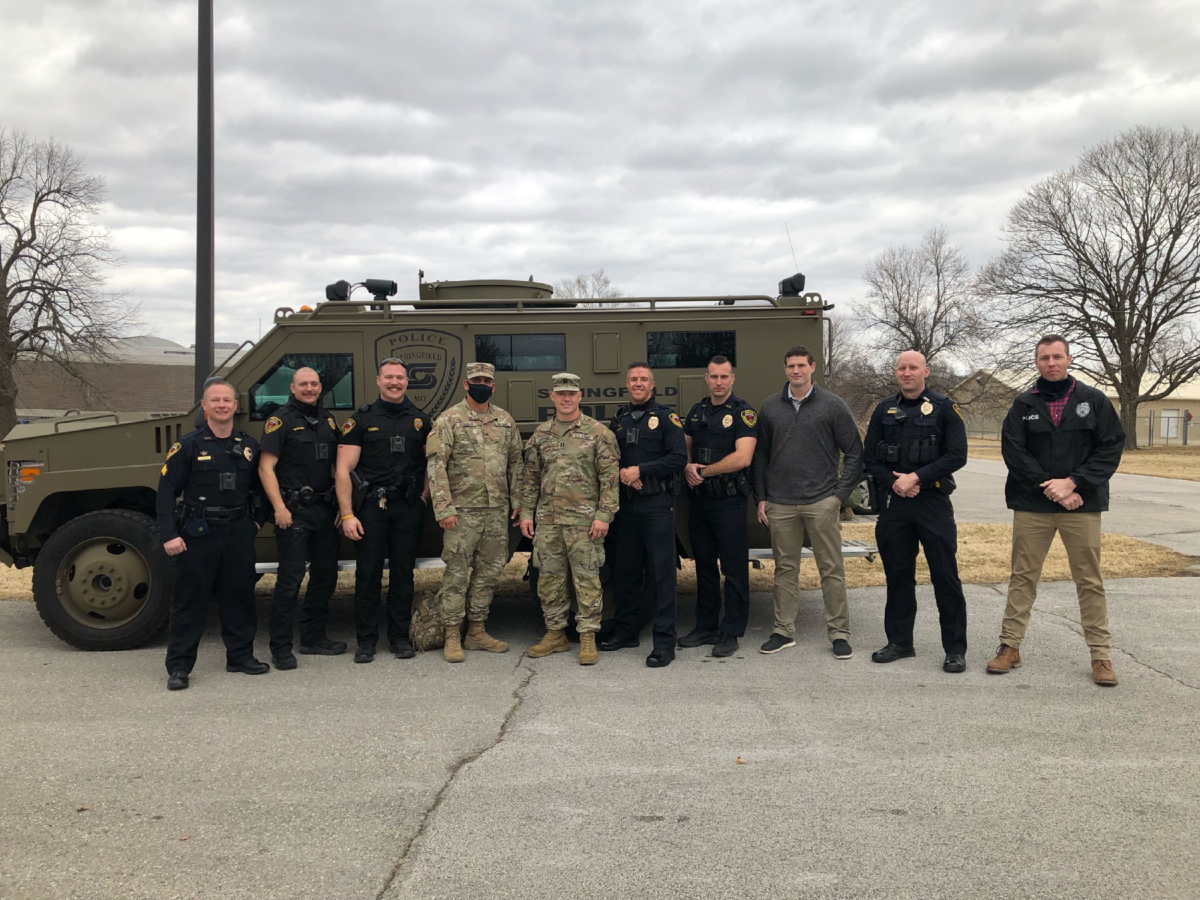 Daniel Carlson and Brandon Gonzalez have spent the past 10 months in Cuba with the Missouri National Guard assisting with the security of Guantanamo Bay. Springfield PD saw fit to greet the two officers and escort them home with a Special Response Team motorcade.

According to the police department, both Carlson and Gonzalez plan to return to the department in March. Carlson works for the Special Response Team, while Gonzalez works as a patrol officer for Springfield PD.