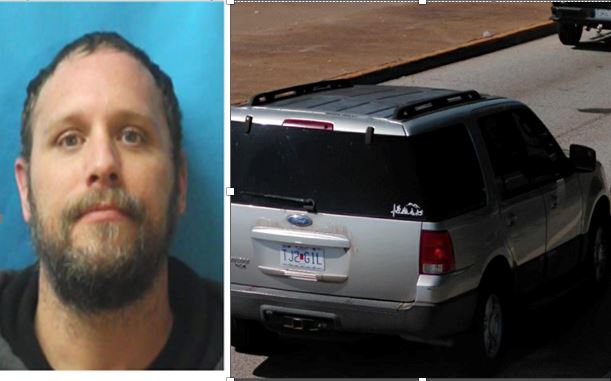 Officers with the Springfield Police Department say they have located the vehicle of a man suspected of murder, but have not found the suspect.

Police arrived at a report of shots fired along North Lyon the morning of September 16th and found 52-year-old Charles Tart dead of a gunshot wound.

Parmley was seen fleeing the area in the Expedition.

SPD says they are unsure about his whereabouts, but warn residents that he should be considered armed and dangerous.