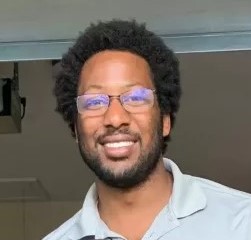 Springfield police are now saying based on information collected through their investigation, detectives believe Marteze “Tez” Ward has left the Springfield area. Officers say as more information comes in, they will continue to update the public.

Wednesday afternoon update: Springfield Police say they have received several inquiries from the public into the investigation of missing person Marteze “Tez” Ward. The department’s investigation into his whereabouts continues.

Officers say an extensive search was conducted Tuesday in the area of Fellows Lake by Springfield detectives, with the assistance of the Missouri Department of Conversation, the Greene County Sheriff’s Office, and the Springfield Fire Department.

The police department also says it’s received inquiries from people requesting to form a search party, but adds the area surrounding Fellows Lake stretches several square miles and is heavily wooded. Detectives are currently following up on leads in order to narrow down a possible location of Ward to support the most productive search possible.

When that information becomes available, the department will send out an update.

Ward is well-known in the Springfield community, having served on multiple city boards.

Springfield Police are asking for the public’s help in locating missing person.

Marteze “Tez” Ward was last seen on Monday at 10:30 A.M around Fellows Lake.

He was last seen wearing square glasses, a green shirt, and dark grey or green shorts with brown sandals.

Officers are seeking to confirm his well-being.

Anyone with information concerning his whereabouts should immediately call 911 or make an anonymous tip to Crime Stoppers.