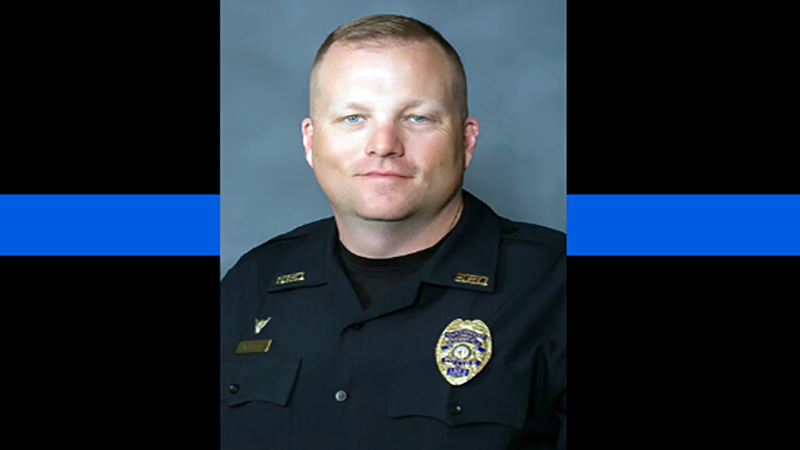 The Springfield Police Department sent officers to Independence, Missouri on Thursday to pay their respects to Officer Blaize Madrid-Evans, who was shot and killed in the line of duty on September 15th.

But those officers didn’t just come to mourn the loss of a brother in blue, but to say thank you.

Madrid-Evans was just two months into his career and just 22 years old when he lost his life.

Before he died, the officer made a decision to be an organ donor.

Springfield Police Officer Mark Priebe, who was paralyzed after being run over by an SUV on the parking lot of police headquarters in 2020, needed a kidney due to an unrelated development and had been waiting for months on a donor list.

Last Saturday, Priebe received his kidney in a transplant surgery at a hospital in St. Louis.

Priebe’s wife, Heather, says Officer Madrid-Evans is a hero and doesn’t even know it.