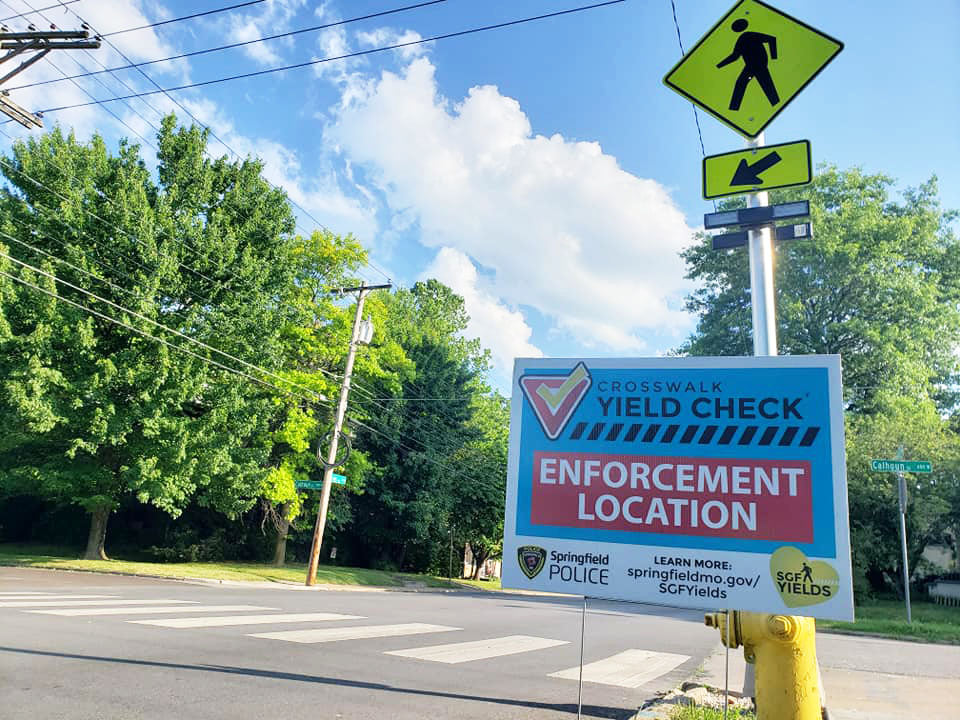 Beginning Wednesday, if you fail to yield to a pedestrian at a crosswalk in Springfield, you may be issued a citation by the Springfield Police Department.

It’s the next phase of the city’s “Crosswalk Yield Check” safety program.

Tickets will be written for “blatant” driver and pedestrian violations during weekly “yield check” events.

The checks are funded through a grant from MoDOT, and they’ve been conducted at well-marked crosswalk locations throughout Springfield since March with the goal of increasing the driver yielding rate, making Springfield more pedestrian friendly.

The yield checks have already been conducted at nine locations throughout the city, with an average driver yield rate of 46%. On average, officers have been pulling over and issuing warnings to about 20 drivers per event.

The June 30th Yield Check event will be conducted at the intersection of Sunset and Grant.

Three police officers will station themselves at a designated crosswalk location for about four hours to monitor for compliance. One officer in plain clothes will act as a pedestrian, a second will function as a spotter, with a third in a patrol car, ready to stop people who failed to properly yield.

Signs will be posted to alert drivers they’re approaching a yield check location.