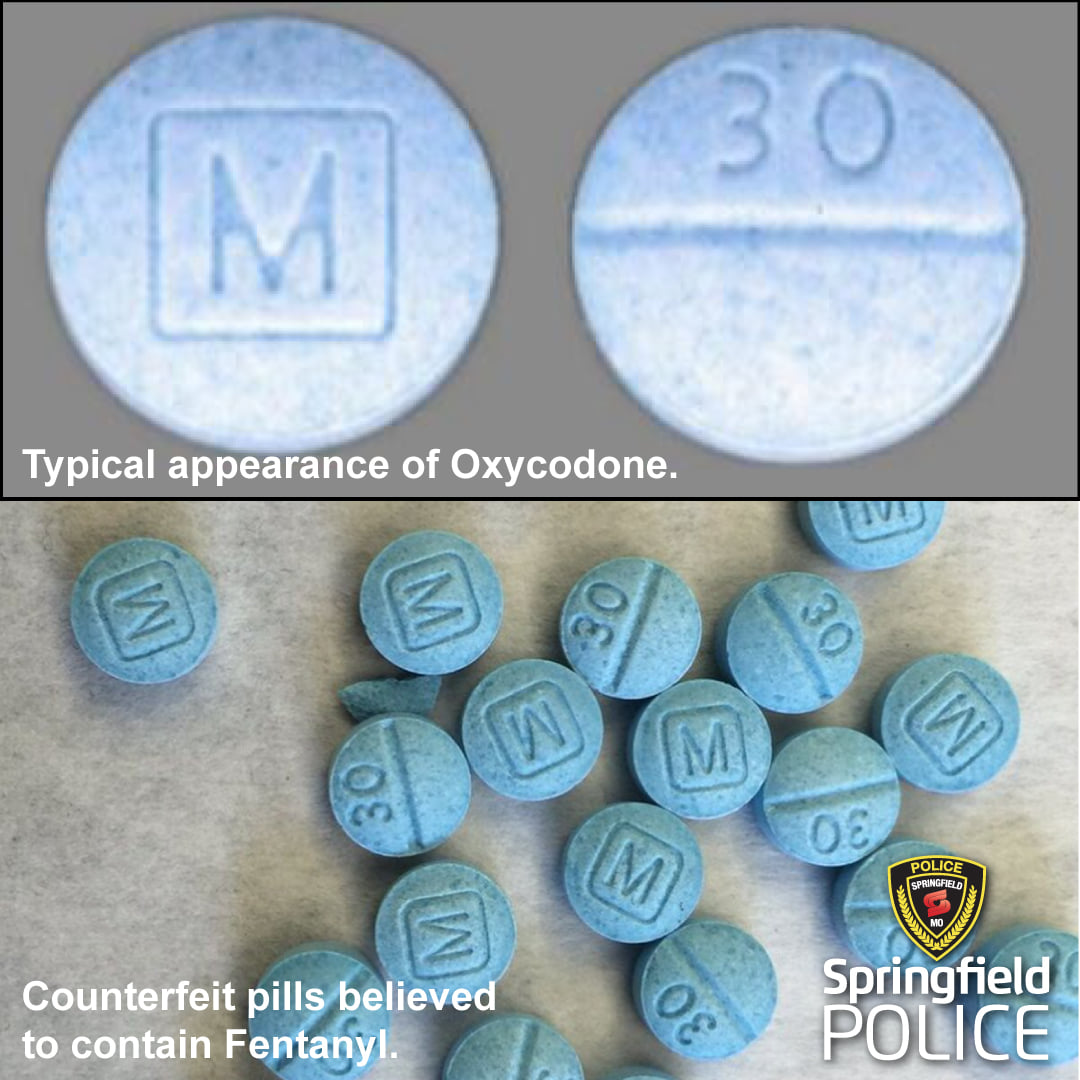 The Springfield Police Department is warning the public about a counterfeit prescription pill trend.

Officers have recently seized large quantities of pills that look like Oxycodone, but have been called Percocet.

The counterfeit pills are believed to contain Fentanyl, and they’ve caused several overdoses.

Fentanyl is a synthetic opioid that is 80 to 100 times straonger than morphine and is commonly added to heroin or other controlled substances to increase their potency.

It can be absorbed into the body via inhalation or skin contact.

Police say illegally manufactured Fentanyl can be extremely dangerous and has been a major contributor to opioid-related overdoses.

In 2021, the Springfield Police Department responded to 566 calls for service involving overdoses, with 61 total fatalities.

Authorities say anyone who takes prescription meds should only obtain them from a licensed medical prescriber or pharmacy.