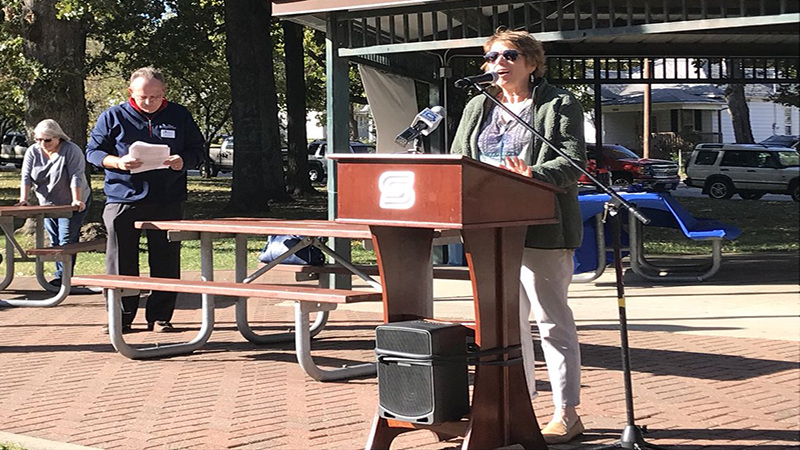 Springfield City Councilwoman Phyllis Ferguson will not be seeking another term on Council.

“After great consideration, many emotions, and long thoughts, I want to let my Zone 1 neighbors and friends know that I won’t seek re-election in April 2021,” Ferguson wrote on Facebook. “We’ve worked hard – we’ve won some and we’ve lost some. And, there’s still much to do. I’ve been blessed in so many ways by the folks I’ve worked side-by-side with in the neighborhoods, among City staff, and in the organizations that have partnered with us on Zone 1 improvements.”

Ferguson express regrets that she was not able to do more to fix problems in her zone with nuisance properties and dangerous buildings. While she cited advances since she first joined Council, she said that the future of the northside of Springfield depends on dealing with this issue.

“Stay verbal, report, look out for each other, and don’t settle for less than what Zone 1 deserves – safe, healthy, and friendly neighborhoods where people want to live,” Ferguson wrote.

Ferguson also cited a list of accomplishments during her term such as the Springfield Dream Center and Job Center North. She mentioned the improvement in parks in the zone, replacement of bridges on Grand and Mount Vernon, and the raising of funds for the restoration of the Jefferson Avenue Footbridge.

“I am very proud to call so many of you friend and prouder still to represent such determined and hardworking people,” Ferguson wrote. “What we don’t have in our pockets we have in spades in our hearts and that is what has carried us across the finish line many times. We won’t ever lose that spirit.”