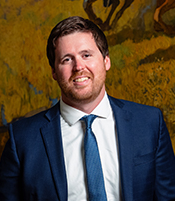 Fitzpatrick is suing over a proposed constitutional amendment that would change how his office invests taxpayer money.

Fitzpatrick wants the amendment to pass.

He says Ashcroft’s office wrote a misleading description of the proposed change that could push people to vote against it.

Ashcroft says the ballot language his office drafted is fair and he stands by it.