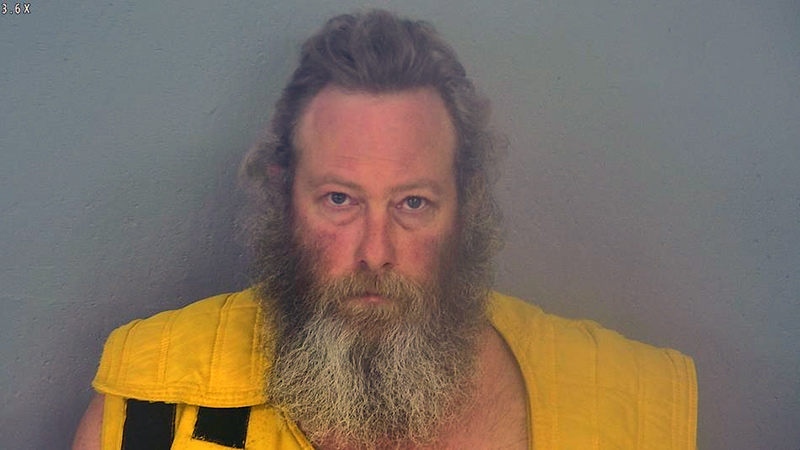 The man who shot and killed his wife and in-laws Saturday night near Strafford told the dispatcher when he called 911 that he did because his in-laws wouldn’t leave.

Jesse Huy, 50, is facing three counts of first-degree murder in the deaths of his wife Tonya, 48, and her parents Ronald L. Koehler, 71, and Linda Koehler, 78, both of Baton Rouge, Louisiana.

Huy responded to the dispatcher’s question about why he committed the crime by saying the in-laws had in his view overstayed their visit.

Huy expanded on his reasons for committing the crimes after he was taken into custody and read his Miranda rights. He said the in-laws had come to help his wife after back surgery but then just seemed to move in.

“I felt intruded on, I felt disrespected, you know,” Huy told investigators. “I pay the fucking bill on that place so that gives me some say. [Linda Koehler] burrowed in like a tick and made it obvious she wasn’t going anywhere and she knew I wasn’t happy about it.”

Huy said that his wife was siding with her parents, saying she owned half the house and therefore her parents could stay as long as they wanted to stay.

When asked to describe the actual murders, Huy said he had come home to find the trio gone. He was in the upstairs portion of the home with his father when the three returned and went into the home’s basement. Huy confronted them, telling the in-laws they would have to leave, but his wife again defended her parents and said they could stay as long as they wanted to stay.

Huy then went into detail. He said he walked in and found Ronald Koehler in his chair at the table, so he shot him first. He said Linda Koehler “was surprised” that he shot her husband, and that’s when he shot her. He then turned and shot his wife. Investigators asked if anything was said, and Huy said there was nothing more than a little bit of a squeal.

“It was over real quick,” he said.

Huy was asked if he wished he could have chose a different action.

“You know, I wish I could take it back, but on the other hand I really wish I hadn’t been put in that position,” he responded.

Huy said if someone disrespects him three times he’ll “fix that problem.” He then requested to be placed in a cell alone because “now that I’ve murdered three people I’ve got nothing holding me back.”

Huy’s father, who was upstairs when the shooting took place, confirmed his son’s story when questioned by investigators.

Huy is in the Greene County Jail without bond. He currently has no attorney of record. He could face the death penalty in the case if convicted on all charges.