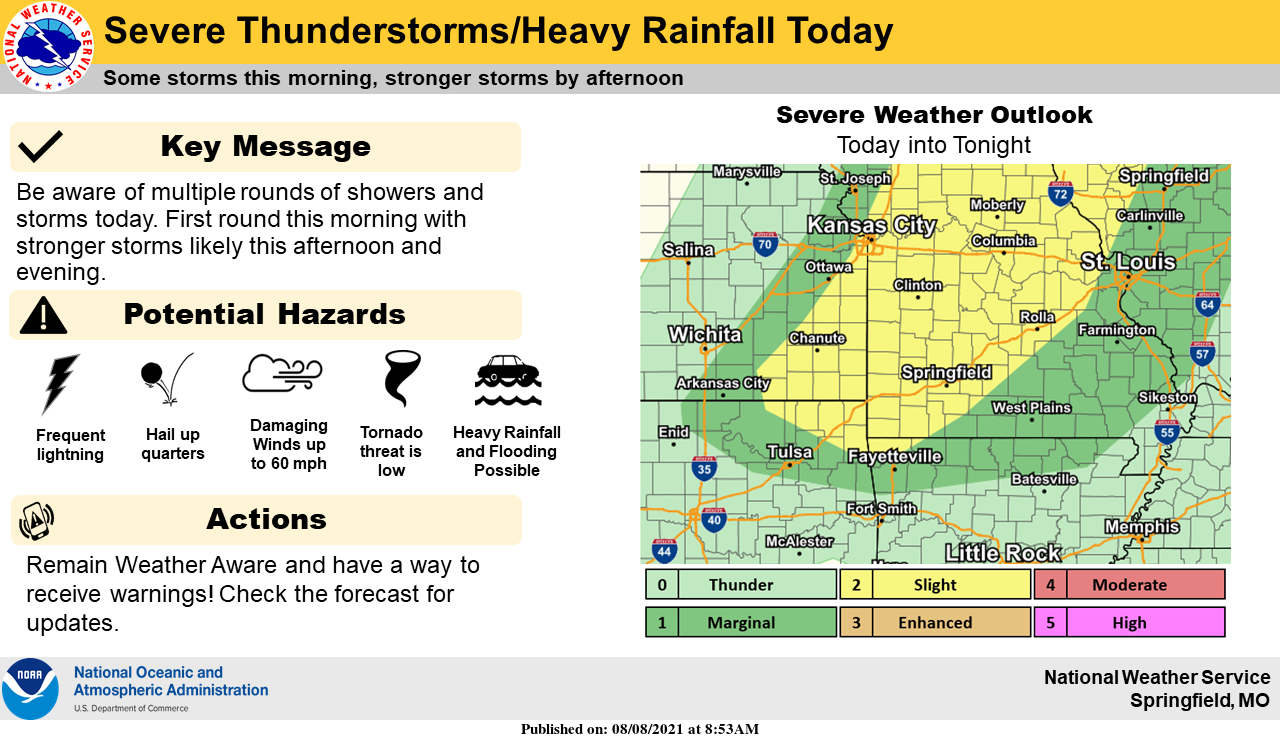 UPDATE 3:54 P.M.: The National Weather Service says severe storms remain possible through Sunday night, with the highest chances along and east of Highway 65.Locally heavy rainfall could lead to isolated flooding, especially in the eastern Ozarks.

UPDATE: A severe thunderstorm watch is in effect until 8:00 p.m. for the eastern Ozarks, including Douglas, Ozark and Wright Counties. Severe storms rolled through the Waynesville and Rolla areas in the 1 and 2 p.m. hours, with further development across the entire area expected late afternoon and evening.

Multiple rounds of showers and thunderstorms will move through the Ozarks Sunday.

\The National Weather Service says the first round produced some wind gusts up to 50 miles per hour as the storms moved over Mt. Vernon, Miller, Ash Grove, Walnut Grove and Bois D’ Arc between 8:30 and 9 a.m.

Those storms have weakened, but more development is expected across the area by Sunday afternoon.

The afternoon/evening storms have the potential to produce up to quarter size hail, damaging winds up to 60 miles per hour, frequent lightning, heavy rainfall and potential flooding. The highest potential for localized flooding is east of Springfield.

Forecasters say there’s a low threat for an isolated tornado.