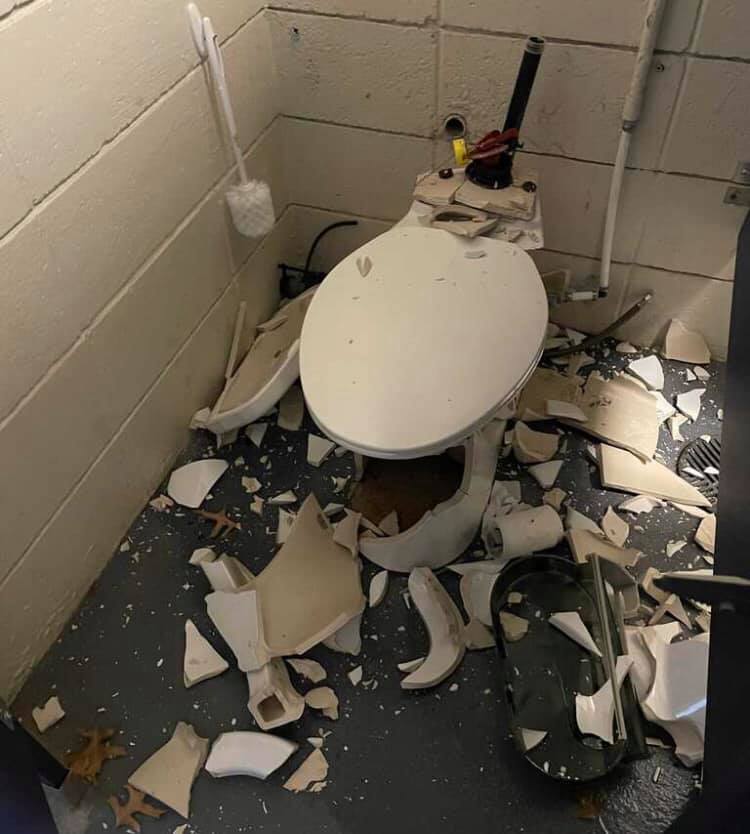 Three teenagers are being sought in connection with vandalism over the weekend at Southern Hills Swim and Tennis Cloub in Springfield.

A Facebook post by the club indicates the pool area was broken into around 3:00 p.m. Sunday by three kids appearing to be middle school age.

The three arrived on skateboards/longboards and fled on foot.

One of the teens is described as being stocky, with dark brown hair, wearing a yellow shirt.

Another has light brown hair, wearing a grey shirt and is the tallest of the three.

The third has blonde, curly hair.

They destroyed sinks, urinals, toilets and other items.

Police have the boards as evidence and fingerprints have been collected.

Anyone with information is asked to contact Board President Shannon Yarnell at 417-224-2978, and she will contact the officer assigned to the case.