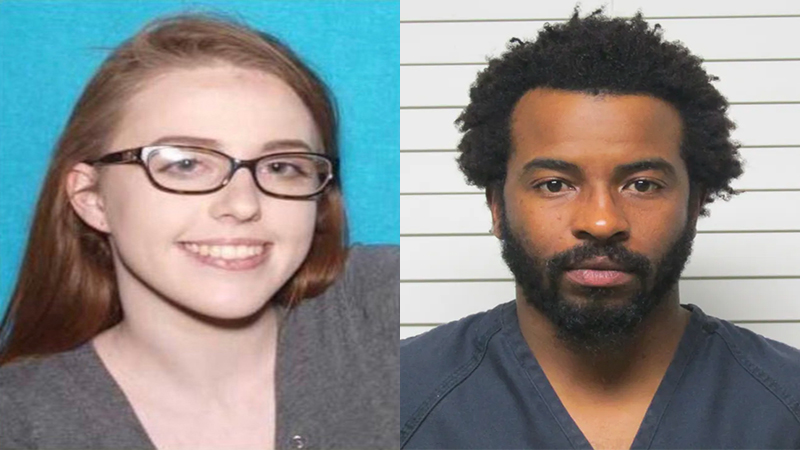 Williams Guilty of Murder in Killing of MacKenna Milhon

A Greene County jury has returned a guilty verdict in the trial of the man accused of killing MacKenna Milhon.

Milhon was last seen on December 20 getting into a car at a Kum N Go. Court documents say Milhon contacted her mother the day after she was last seen to say she had been raped and that she thought she may have been in the Blue Eye or Lampe area. The call cut off after about four minutes.

Local law enforcement reached out on December 23 to local media, asking for the public’s help in finding Milhon because they believed she was in danger. On December 30, police received a tip that Milhon’s body could be found on East Farm Road 88 in Greene County, and shortly after the tip law enforcement found Milhon’s remains with significant stab wounds to her neck.

An autopsy confirmed “sharp force trauma” around the neck which led to her death, consistent with “stab wounds caused by a sharp object.”

Prosecutors were able to place Williams’ vehicle at the scene of the murder because a GPS tracker was placed on the vehicle by America’s Car-Mart showed it in the area of Farm Road 88 and Highway H.

Williams also told his then-girlfriend Olivia Vega that he had killed Milhon. Vega helped him take the knife used in the murder to a location where they burned bloody clothing in an attempt to cover up the crime. (Vega pleaded guilty to evidence tampering.)

Police questioned Williams, who was in the Christian County jail after being picked up December 26 on a probation violation related to a domestic assault, and he initially denied being involved with Milhon’s death. In a second interview, Williams admitted the killing, stating he had stopped at the intersection of Farm Road 88 and State Highway H, where Milhon started hitting him because “he lied to her about having drugs for her.” He claims that’s when he picked up a knife from the floorboard of the car and stabbed Milhon in the neck.

He claimed after stopping and exiting the car, Milhon attacked him again, and so he stabbed her “3-4 more times” in the neck. He said she stumbled and fell, at which point he held her until she died.

Prosecutors presented evidence that Williams actually continued to stab Milhon after she fell to the ground, as she was trying to get away from him.

The prosecution also told the jury that because Williams had time to consider his actions when he drove to the murder site, it showed the premeditation necessary for a first-degree murder conviction.

Williams’ lawyer David Back argued the killing came as a result of an argument, similar to what Williams claimed in his confession to police, and that the jury should return a verdict of guilty for voluntary manslaughter.

“I thank the members of the jury for their service and appreciate their thoughtful consideration of evidence that no one should have to hear or see,” Greene County Prosecutor Dan Patterson told OI. “I also thank Detective Cody Williams and the Springfield Police Department and Detective Jennifer Flood and the Greene County Sheriff’s Office for their tireless work on this case both to find MacKenna and to bring the defendant to justice.  I know that the jury’s verdict cannot bring closure for the family or fill the gap caused by MacKenna’s absence but hope that the verdict brings the family some measure of comfort knowing the defendant has been held accountable for their loss.”

Judge Becky Borthwick has set a sentencing hearing for July 15, 2021. The murder conviction brings a mandatory sentence of life without parole.